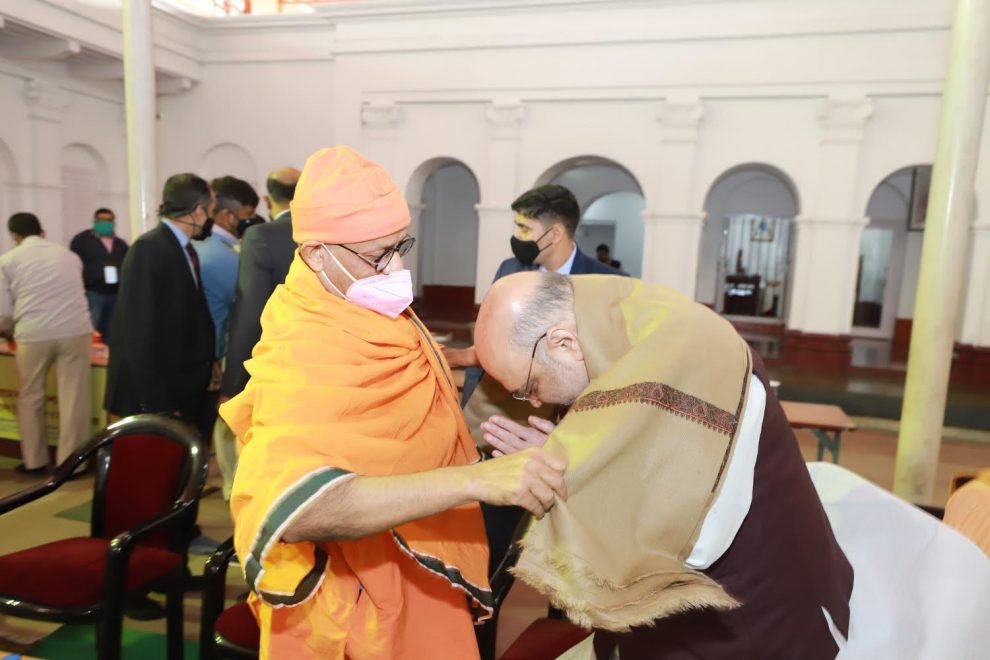 Later, while leaving the house, the Home Minister told reporters that it was a very lucky and happy day for himself.  Mr.Shah said that the philosophy of India is famous all over the world.  And it was Swami Vivekananda, who introduced the philosophy to the world and his thoughts and ideas are still relevant. The party’s all-India vice-president Mukul Roy, national general secretary Kailash Vijayavargiya and state president Dilip Ghosh were accompanying Mr. Shah.

Nirmala Sitharaman holds pre-budget consultations with captains of industry, services
Prime Minister calls upon industries and businesses to put their full strength in the coming years for a self-reliant India
Comment