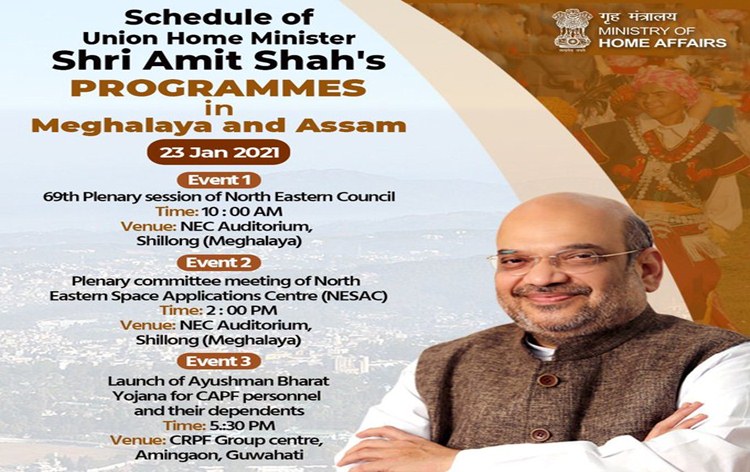 Union Home Minister Amit Shah is visiting Shillong today to chair the 69th Plenary Meeting of the North Eastern Council (NEC).  Meghalaya Government has made elaborate arrangements to host the Union Home Minister and beefed up all security arrangements. The meeting would be attended by the MoS (Independent Charge), Ministry of Development of North-Eastern Region (DoNER) and Vice-Chairman, Dr Jitender Singh and members of the NEC comprising Governors and Chief Ministers of the eight north-eastern States.

Senior officials from north-eastern States and Central Government Ministries are also expected to be present. There will be presentations from the Ministry of DoNER, NEC, the State Governments and selected Central Ministries on various developmental initiatives and plans for the North-East Region during the two-day session.