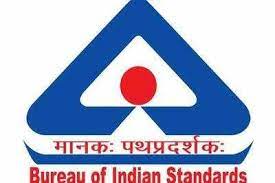 SRINAGAR: The administration has directed District Magistrates to launch campaigns in their respective Districts for raising awareness and consciousness among consumers to purchase goods that conform to the Bureau of Indian Standards (BIS).

A circular in this regard has been issued by the Manoj Kumar Dwivedi Principal Secretary to the Government.

“In order to prevent the risk of suffering, injury or harm to Consumers and promote quality in connection with goods, article, process, system or service, the Bureau of Indian Standards (BIS) have been devised under the BIS Act, 2016”, it reads.

These standards ensure the harmonious development of the activities of standardization, marking and quality certification of goods and for matters connected therewith or incidental thereto. Some of the common goods having essential daily use like helmets, domestic pressure cooker and cooking gas cylinders etc. must conform to standards established by BIS, it added.

“In terms of section 16 and 17 prohibitions as well as regulatory powers have been conferred for which penal actions have been prescribed under law. As a part of the Azaadi ka Amrit Mahotsav celebrations, it has been decided that special campaigns shall be launched for increasing awareness and consciousness among consumers for purchasing goods that conform to the BIS Standards”, the circular reads.

“It is, accordingly, impressed upon all District Magistrates to launch campaigns in their respective Districts for raising awareness and consciousness among consumers to purchase goods that conform to the BIS Standards and to prevent the manufacture, import, distribution, selling, hiring, lease, storage or exhibition of sale of spurious and counterfeit goods that violate compulsory standards notified by the Government”, it added.