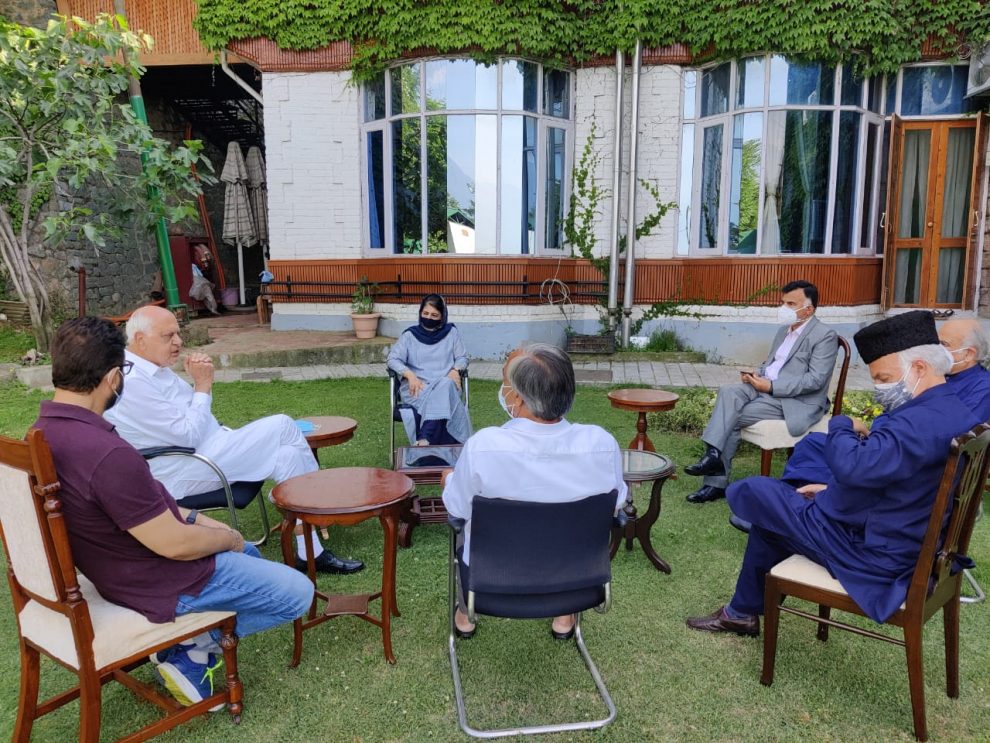 Decides to reach out to all political parties in J&K

SRINAGAR, July 5: The People’s Alliance for Gupkar Declaration (PAGD) that met on Sunday evening under the chairmanship of Dr Farooq Abdullah at his residence in Srinagar has demanded assembly elections be held in J&K only after the restoration of Statehood.

According to a statement issued by former MLA and CPI (M) leader M.Y Tarigami who is also the spokesman for PAGD: “The PAGD meeting was attended by vice-chairperson. Mehbooba Mufti, M.Y.Tarigami, Justice(retd) Hasnain Masoodi, Javed Mustafa Mir and Muzaffar Ahmed Shah, was called to discuss the recent meeting chaired by the Prime Minister in Delhi on 24th June.”

“The PAGD reiterated its commitment to fight together to reverse the unconstitutional and unacceptable changes foisted on the people of J&K on 5th August 2019 using all constitutional, legal and political means at its disposal. PAGD’s struggle for undoing these changes will continue as long as it takes while striving to achieve this objective as early as possible”, PAGD said in the statement.

Tarigami has added that all the members of the PAGD expressed their disappointment at the outcome of the Delhi meeting especially at the absence of any substantial Confidence Building Measures such as releasing political and other prisoners from jails & taking concrete steps to end the siege & atmosphere of suppression that has choked J&K since 2019.

“This would have initiated the much-needed process of reaching out to the people of J&K who are the biggest stakeholders & sufferers of the J&K problem. As far as the restoration of statehood is concerned, it has been BJPs commitment on the floor of the Parliament & they must honour their word. So any assembly election must be held only after the restoration of full statehood for J&K. To this end the PAGD has decided to reach out to other political parties in J&K with a view to taking a common position on the issue.”

Readers are privy to Mrs Pankajam’s diary entries, written as her memory is fading, in this witty and satirical novel
PAGD to decide today on meeting with delimitation panel
Comment