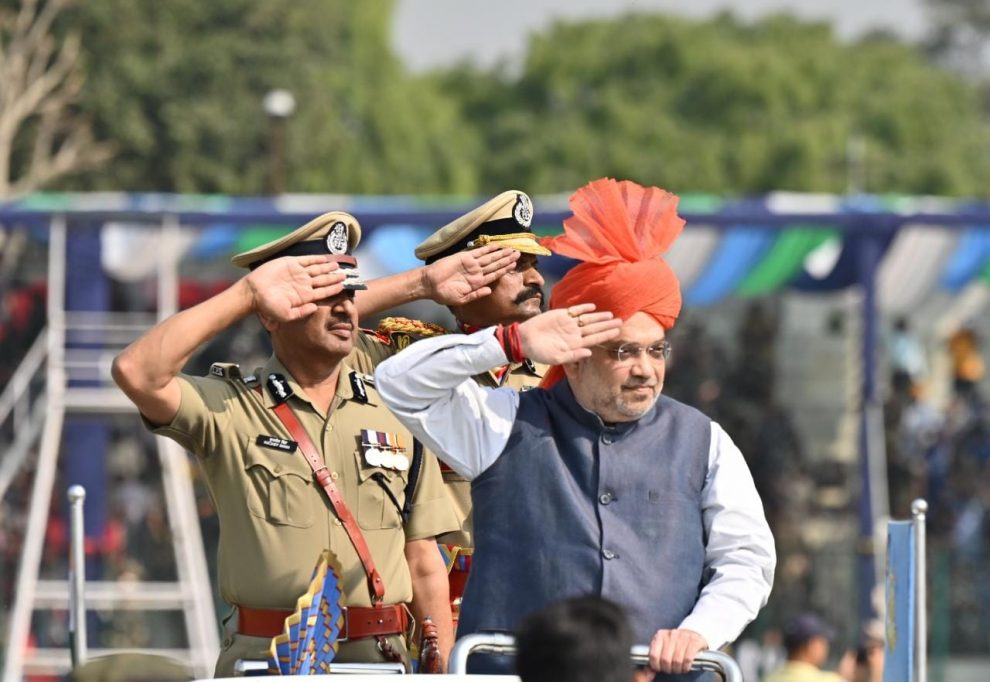 The Dispatch Staff
Add Comment
“In 2014, after Narendra Modi became the Prime Minister of India, the situation in Jammu and Kashmir has improved. The biggest achievement in J&K is the immense success that our forces have achieved in controlling terrorism in the state,” said while participating in the 83rd Raising Day program of the Central Reserve Police Force (CRPF) in Jammu

Jammu: Union Home Minister Amit Shah Saturday said the biggest achievement of Centre post Article 370 abrogation in J&K was that for the first time “we have a decisive control over terrorism.”

He said J&K government has successfully managed to ensure over Rs 33000 Cr investment while as democracy has been taken to grass-roots level in UT. Addressing the CRPF’s 83rd Raising Day in Jammu, the Union Home Minister said that the biggest achievement post abrogation of Article 370 was that “today we have a decisive control over terrorism.”

“Apart from this, J&K government has managed to ensure over Rs 33000 Crore investment in the UT. Today, democracy is flourishing across J&K as we have Sarpanch and Panch in every village. National Highways are being upgraded and all modern means are being employed to uplift the J&K,” the Home Minister said. “In every segment, record achievements are being made.”

The Union Home Minister said that J&K seven new medical colleges and two AIIMS will be functional soon while as all efforts have been made to provide corruption free government to people.

While praising CRPF, Shah said that be it maintaining law and order, fighting terrorism in J&K, or eliminating Naxalities, the force has maintained its tag of being country’s best police force. “We will never forget the valour and courage of this force. The great sacrifices made by CRPF men in line of duty will be written with golden hearts and the families of martyrs will never be left alone,” he said.

He said that Centre is committed to take CRPF to new heights and lace the force with all latest gadgets and technology. “I am sure that CRPF will be emerge as country’s elite force soon,” he said. Pertinently, Shah arrived in Jammu on Friday evening on-a-two day visit. He said under the leadership of Prime Minister Narendera Modi, the dream and vision of Shyma Prassad Mukheri and Pandit Prem Nath Dogra—Eik Pradhan, Eik Vidhaan, Eik Nishan stands fulfilled. “Today, it’s the best tribute to the soul of Shama Prasad Mukherji that there is one flag, one constitution and one leader across India,” he said