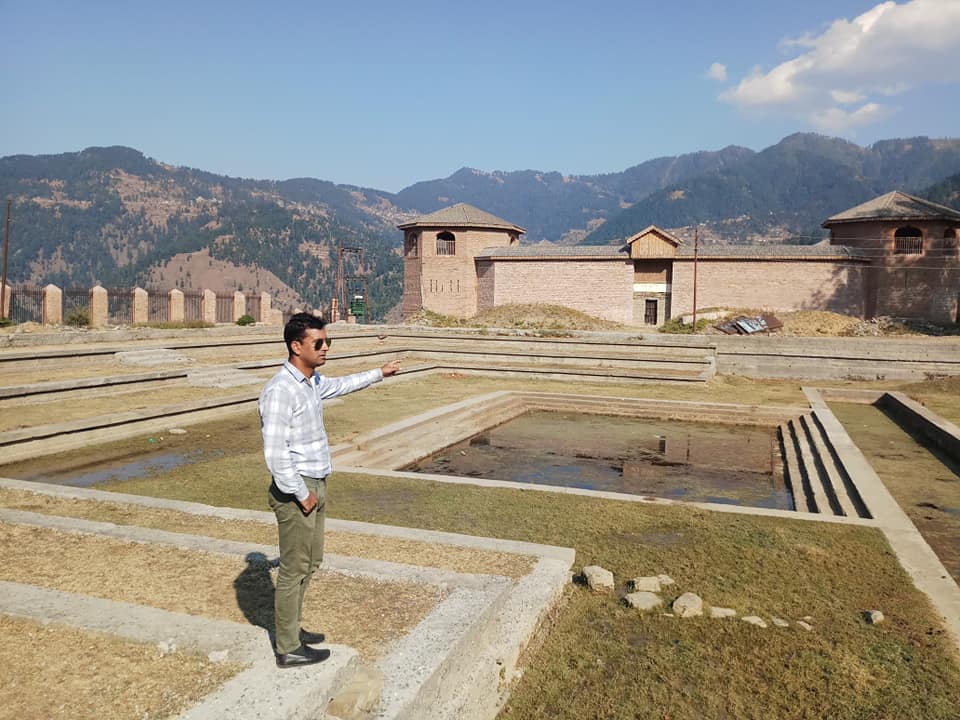 Historical fort in Bhaderwah is the glaring example of neglect as the heritage structures which showcase the blend of rich heritage of Dogra and Himachal architecture. Standing as an eyewitness to phases of times since built in 1733 by Maharaja Phar Chand, the grand Bhaderwah fort was converted into a jail in 1919 to house the freedom fighters. Once beautiful and historical Bhaderwah Fort standing as an epitome of royalty and past splendor, the fort is now in shambles due to neglect from UT of Jammu and Kashmir administration is calling for attention and it seems there is no political will in the government and elected representatives who too have failed to protect this historical monument in the ‘mini Kashmir’ which has been a sources of tourist attraction in the area. Rulers be it the erstwhile Congress , NC , BJP and PDP governments had been promising to restore the pristine glory of the historical fort of Bhaderwah, but it is more said than done.

Advocate Mohd Majid Malik from Bhaderwah said that this fort really is a great heritage site for the people of Chenab Valley and could be a major attraction for the tourists but sadly enough the official apathy has left it to wither away with the passage of time.He said Archaeological Department too has failed to take due care of the historic fort and the spot which could be centre of attraction for tourists for its royalty and splendor but now is crying for attention from the authorities. Malik added that over a decade nothing has been done by the Archaeological Survey of India (ASI), State Archaeology & Museums Department and the Tourism and Culture Department to conserve this magnificent heritage monument which is now in a bad shape as compared to what it was a few decades ago. “If due attention is given to this fort, the heritage complex will soon become a history, he added.

“Despite having a rich historical heritage and cultural blend, the magnificent fort has been sidelined by the authorities at helms of affairs, Advocate Mohd Majdi Malik lamented and alleged that the fort virtually has been neglected on the tourist map of the UT of Jammu and Kashmir and has remained neglected to be identified as an independent tourist destination.Situated at just 3 kms away from main Bhaderwah town popularly known as ‘Nagar’- the city, the fort stands on the hill top and overlooks on the whole Bhaderwah town ironically the top floor of the fort is now reduced to crumbles dotted with wild growth with houses dangerous reptiles and other rodents. We are so good at cherishing memories but when it comes to living memory that we had inherited through the way of heritage, the official at chairs often turned a blind eye towards crumbling Bhaderwah Fort, said . “We should learn of our history and protect these monuments,” he asserted. Unfortunately, for various reasons, the Fort is appearing to be unnoticed of its glory and pride, equally wanting in proper attention in respect of its proper maintenance and if conserved properly, could prove a great contributing factor towards promoting tourism and thus boosting State’s economic in its own right.

The administration of UT of Jammu and Kashmir must develop Bhaderwah Fort into a model tourist attraction. Many novel ideas and suggestions must be translated into reality to bring about a much desired improvement in levels of conservation of the Fort, the facelift, improvement of infrastructural levels, conducting light and sound shows, holding seminars and periodical Government meetings around or near by the Fort complex, fairs, live concerts etc coupled with larger publicity by the Tourism Department would meet the levels of the required attention this Fort needs.