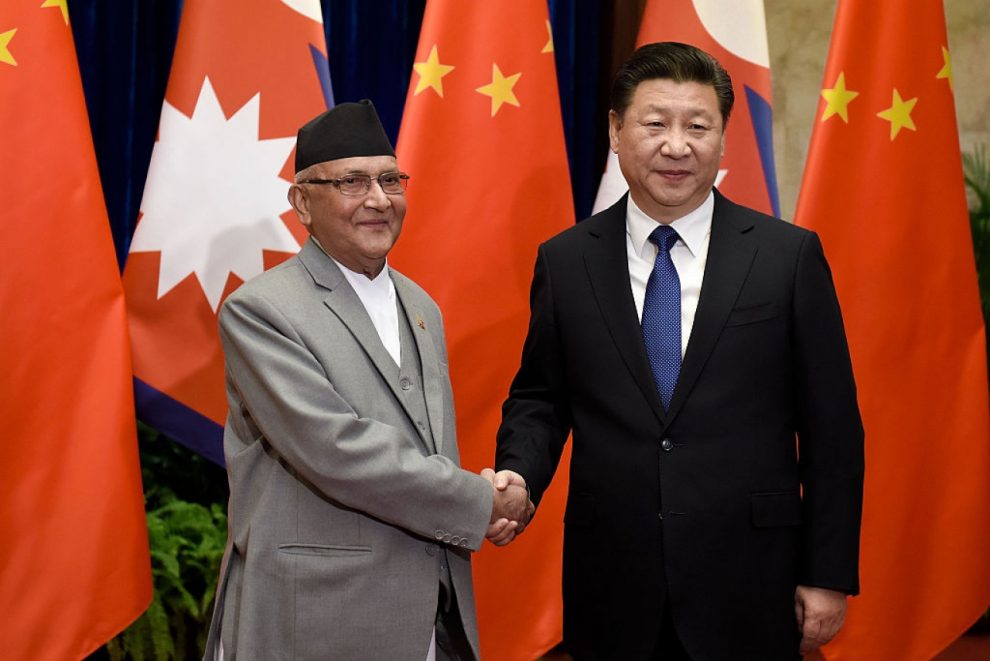 During the COVID-19 pandemic, the northern parts of Humla district, including Limi, reported a food shortage because the border had been closed down. In October 2020, seven months into the shutdown, Limi locals bought 300 quintals of rice from a government depot in Simikot, and paid NPR 355,000 as transport charges to bring it to the valley. The rice would only last them three months. Finally, in December, Chinese authorities opened the Hilsa and Lapcha border points for a day at the request of their Nepali counterparts. Sixteen Chinese trucks delivered daily necessities such as rice, blankets and flour to the region. In upper Dolpa, to the east of Humla, as elsewhere in the trans-Himalayan region, when the borders shut down during the pandemic, authorities wrote to Kathmandu to urgently supply them with basic necessities.

Liberal ideals of citizenly freedoms made little sense in a place like Limi, which was snowed in nearly half the year and had no economic opportunities. But even as development experts, policymakers and planners sitting in faraway Kathmandu thought of ways in which Humla can be connected to the rest of Nepal, it was abundantly clear that the people here had already thought of, and exploited, the opportunities that living on the border with China offered them. When the traditional way of life came to an end with the imposition of the rules of modern states, Limi residents suffered, as did the rest of Humla and other border districts. They began to ‘use the border—and their ability to move across it—as a resource for their livelihoods’. The road from the north had opened up new possibilities for the future, and infused a newfound confidence among the people, despite the asymmetries between industrialised China and backwater Nepal. Kathmandu was remote; China, and the dreams it promised, were much closer.

For the most part of history, trade has been carried out on a small scale, between individuals rather than intangible corporate entities. Trade in its elementary form is built on a foundation of interpersonal relationships that lead to credit facilities and interdependence during travels back and forth, with trust being the most important element.

Trade in the Himalayan regions occurred along similar lines. ‘Whether based on simple barter or on complex, multi-sided deals operated within a monetized economy, the trading activities of the societies here considered are normally the enterprise of individuals, or of small teams of friends or kinsmen pooling their resources for specific undertakings,’ Fürer-Haimendorf wrote. With the enforcement of modern border restrictions, such trade patterns came to a grinding halt. But obstacles may also provide for new opportunities, as academic Tina Harris writes, to gain ‘more high-risk profits, such as through the transport of illicit or restricted goods’. At the same time, ‘new roads and railways, while allowing for the easier and faster movement of goods and people on one level, may simultaneously obstruct, separate, or erase other existing places; the dividing of nomadic pastures, abandonment of other passageways, or relocation of communities are examples of this’. Those who trade across borders constantly seek new means to circumvent or exploit existing policies. Harris quotes two cousins who began by supplying basic goods—‘medicine, herbs, everything! [And] bricks also, cement. And sand also! [And] vegetables’—from Kathmandu to Lhasa in the 1980s, at a time when Tibet remained undeveloped. As competition grew and Tibet opened up to tourists, the cousins switched to Nepali handicrafts. Then, as construction began to boom in Lhasa, they supplied steel rods and cement, but even here, they began to face competition as China’s domestic production capacity soon matched the demand.

In 2002, Nepal and China began issuing ‘border citizen cards’ for those who lived within 30 km of the border on each side, classifying them as ‘border inhabitants’ and giving them special rights to travel and work within this 30 km region without a passport or a visa. It is on the basis of this documentation that the people of Limi trade, work and live in Burang for months at a stretch. Nepalis who work in China thus possess ‘overlapping sovereignties’. Sara B. Shneiderman, a scholar on citizenship in the Himalaya, writes, ‘For several generations, border citizens have engaged with the policies of both Nepal and China, as well as the prerogatives of the Tibetan polity, to make claims on—not evade—the multiple states that constitute the border zone in which they live.’

Further, new economic geographies are created as a response to new state policies. In the Himalaya, they have come about as a result of China’s Great Western Development Strategy, xibu da kaifa (‘open up the west’), which was launched in 2000 and intended to speed up development in six provinces, one municipality and five autonomous regions, including the Tibetan Autonomous Region, in the western region of China. ‘Most of the investment has been dedicated to developing transportation, energy, communication, and irrigation and improving urban infrastructure in the interior regions.’ By all accounts, this has brought rapid economic change in Tibet, with its GDP ‘quadrupling’ between 1997 and 2007, and growth based on ‘rapid tertiarisation and a construction boom alongside a small and constant GDP share of secondary industry’. The highlight of this policy was the Qinghai–Tibet Railway, an engineering feat, but above all, the policy was ‘a program of state and nation building, a renewed “civilizing mission” to more closely incorporate minority ethnic groups, and a reconsolidation of central state control after two decades of decentralization and localism’.

Trade across the Himalaya would continue to evolve as new political realities took shape and brought these frontier lands under state sovereignty. The salt-for-grains barter trade began to collapse after the demarcation of the Nepal–China border. With the introduction of subsidised iodised salt from India, there was very little chance the caravan economy of the past would survive. In Limi, the alternatives had already been noticed as far back as 1974. When all unsupervised trade with their Tibetan counterparts halted after the border agreements, Limi’s traders switched to the import of modern consumer goods, and exported, among other things, handicrafts to Tibet, the most profitable being wooden bowls called ‘phuru’.

I notice Palden (name changed) because of his fox-fur hat: it is straight out of a Mongolian epic. The fox tail droops down his left shoulder, while the fur sits snugly on his head. Palden’s tent at the trade fair displays the traditional attires of the Limi people. There is a particularly striking blue robe with gold sequins and embroidery that is over eighty years old. Its craftsmanship is superb, and its worn-out edges betray its vintage. Phuru bowls banded with crafted silver sit alongside it. Palden’s grandfather, too, sports a fur hat and has a moustache drooping down his lips, making him resemble a Tibetan Salvador Dalí. He animatedly explains to me the different implements that a Tibetan man carries in his robe: a knife with an ivory hilt to slice up meat, ivory chopsticks and a tobacco pouch. Their tent is tethered with ropes made of yak wool. An inebriated local explains how these ropes are better than the nylon more commonly used nowadays.

Excerpted with permission from All Roads Lead North: Nepal’s Turn to China, Amish Raj Mulmi, Context/Westland Publications. Read more about the book and buy it here.

The Dispatch is present across a number of social media platforms. Subscribe to our YouTube channel for exciting videos; join us on Facebook, Intagram and Twitter for quick updates and discussions. We are also available on the Telegram. Follow us on Pinterest for thousands of pictures and graphics. We care to respond to text messages on WhatsApp at 8082480136 [No calls accepted]. To contribute an article or pitch a story idea, write to us at [email protected] |Click to know more about The Dispatch, our standards and policies
TagsAll Roads Lead North Amish Raj Mulmi Nepal-China relations Westland Publications