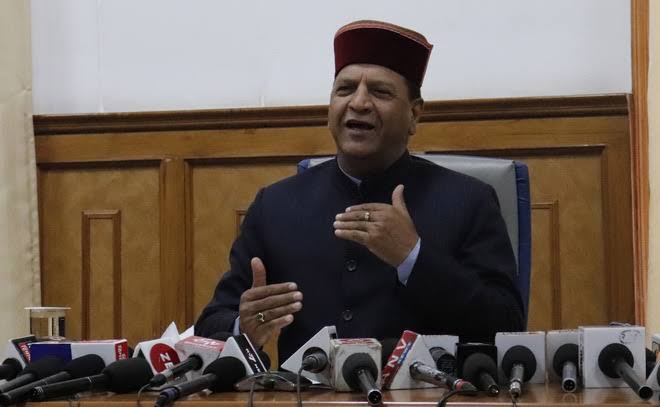 Himachal Pradesh High Court dismissed a petition challenging the withdrawal of a corruption case against state Assembly Speaker Rajiv Bindal and others in connection with the appointment of employees in Solan Town Council in 1998 and 2000.
Justice Sureshawer Thakur on Thursday dismissed the petition after examining the facts and records in the matter. The petition was moved in the High Court by Pawan Thakur, a resident of Solan district. In 2016, the Vigilance and Anti-Corruption Bureau of the state government had registered a case under several sections of the Indian Penal Code (IPC) and Anti Corruption Act against Rajiv Bindal and other members of the committee.
However, the prosecution had in September 2018 applied for withdrawal of the case against all the accused stating that they are not guilty, which was allowed by a court in January 2019.
Two different appointment committees had appointed several employees in Solan Town Council in 1998 and 2000 allegedly against the norms and provisions under the Himachal Pradesh Town Service Act.
Bindal was the chairman of one of the committees at the time.