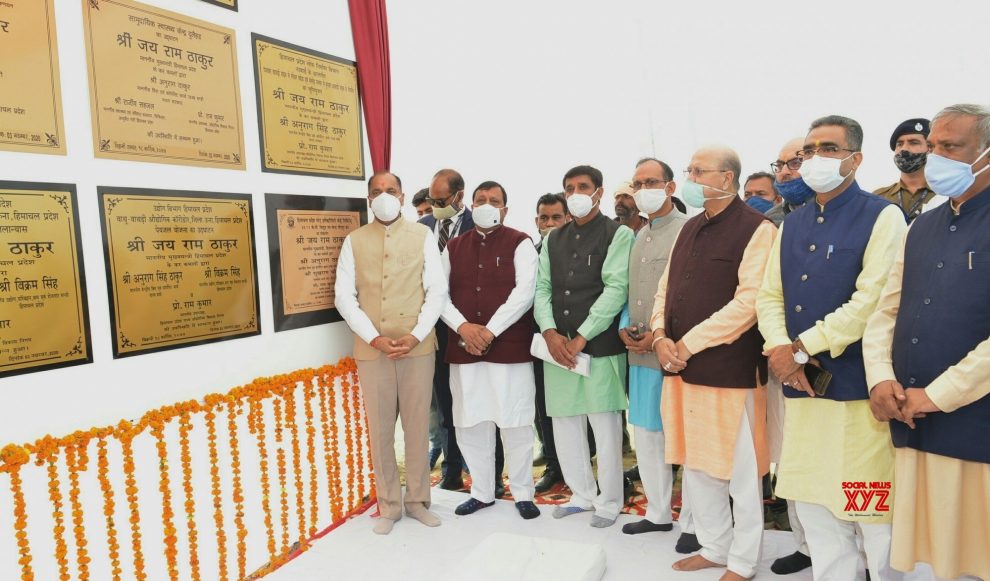 Himachal Pradesh Chief Minister Jai Ram Thakur on Tuesday inaugurated and laid foundation stones of developmental projects worth about Rs 71.16 crore in Haroli assembly area of Una district.
The Chief Minister inaugurated new building of Community Health Centre Dulehar constructed at a cost of Rs 3.50 crore, 33 KV Sub-Station at Gondpur constructed with an outlay of Rs 4.68 crore and Bathu-Bathari corridor cluster area water supply scheme constructed by spending an amount of Rs 1.25 crore.
Addressing a public meeting at Tahliwal in Una district, Chief Minister said that the world was today passing through an alarming phase of coronavirus pandemic.
According to an official release, the Chief Minister said Prime Minister Narendra Modi was effectively guiding the country to tackle this pandemic.
He also inspected the proposed site of bulk drug park project at Pollan village in Haroli.