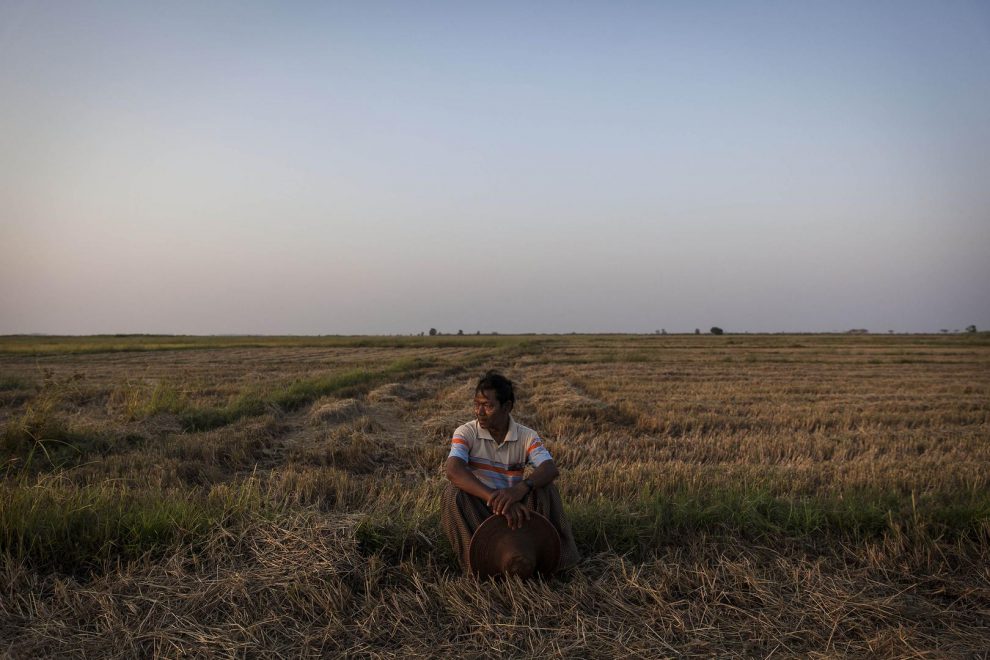 Farmers across the country have a lot more of their plate than just the present agitation. They are losing more to roads and highways or expressways than the mere MSP guarantee they are demanding or repeal of the Centre’s three farm laws. The ten new expressways proposed around the country and industrial corridors would be creating land sharks by acquisition of at least 25 per cent of more farm lands than required for each project and it can lead to enormous disaster and financial mess.

Former Prime Minister Atal Behari Vajpayee’s Golden Quadrilateral highway dream project was for a specific purpose— bolstering the country’s infrastructure. But sadly it has degraded into a land-grabbing movement. The rouge of infrastructure building is virtually a sham if the Agra-Noida JP Infratech Yamuna expressway (YE) is taken as a test case. It has 3500 acre of the 6177 acre acquired unutilised – 56.6 per cent. The 165 km road itself as per calculations needed no more than 4500 acre. In fact, the project conceptualised by Uttar Pradesh government in 2001 emerged as the model for grabbing people’s land for private profits. All subsequent road projects virtually have emulated it to create a new zamindari, a fear expressed at a national discussion at Vigyan Bhavan, New Delhi on freeing urban and rural ceilings in 1994.

Now on December 21, 2020, YE industrial development authority (Yeida) CEO Arun Vir Singh says that it has notified 256,862 hectares (6.3 lakh acre) for development and has acquired 12,481 hectares (30841acre) for various developmental projects – all of that is agriculture or wetland – in Gautam Buddh Nagar, Aligarh, Mathura and Agra.

The project also busts the myth that the public sector is inefficient. As huge tract of land is acquired by JP Infratech and it gets into Rs 6500 crore debt to settle the tangle public sector National Buildings Construction Corporation Ltd (NBCC) is roped in. How much the public sector has lost for rescuing the prime acquirers and some others like Amrapali needs to be assessed. It is also a case of where thousands of home seekers have lost their life’s savings amounting to thousands of crore.

The NBCC in turn has told the public sector banks to raise about Rs 2,000 crore against the expressway and provide half of the amount (Rs 1,000 crore) to the State-owned company, which would utilise the fund for upfront payment and kick-start construction. The NBCC will not repay the loans in cash but would give 100 per cent equity to lenders (banks). So it is people’s deposits that are being put to speculative risks with uncertain chances of return.

There is a myth in western UP that the compensation, peanuts as per market valuation, has improved quality of life of the farmer families as the project displaced them with “rich” benefits. It does not assess the fact that the loss it has caused to farm production, greenery and increased pollution in the National Capital Region (NCR) fall in quality of life farm families. Many have squandered it away or just been reduced to labourers. Large slums have started growing.

It’s also a wonder why after a few years of the start of the project NBCC has to step in. The project is virtually financially, ecologically and socially an example of how a company can botch up a simple issue for its greed.

The JP Infratech has 3500 acre of land of the 6177 acre acquired unutilized. This is now being told to NBCC to acquire and manage. Is the public sector a hospital to rescue a private company that has caused untold human, financial and ecological hazard at stone’s throw from the national Capital?

The toll roads are not masterpieces of Indian civilization. The national highways to Chandigarh, Jaipur, Aligarh and hosts of others across the country are instances of how bad potholed roads have been levied toll to fleece people. The chain of toll roads in NCR – Kundli-Manesar-Palwal, Delhi-Aligarh, Delhi-Meerut, Delhi Baghpat, Delhi- Hardwar, Delhi-Hapur-Moradabad, eastern Peripheral Highway, Delhi-Saharanpur highway are instances of dumping huge costs on the NCR farmers and businesses and adding to inflation that causes concern to RBI. Each of these is built on farmers’ lands acquired for peanuts to bolster profits.

Each toll road has become synonymous with unending loot. The DND – or the Noida toll bridge lost the toll status at the intervention of the court as it had recovered more than it had invested on construction and maintenance in three years. Wonder that has not become the standard for awarding future such roads. Now the licence for toll collection is being given for 30 to 36 years – more than a generation. One such emerging monopoly belongs to an influential politician and many others also have similar connections in every region.

Minister for Road Transport & Highways Nitin Gadkri says India has now the second largest road network of expressways and highways. It is expanding at 30 km of road building a day. But he ignores the World Bank (WB) report of February 2020 on Roads in India that says the country has one of the worst roads and has the highest road crashes killing 1.5 lakh people a year and injuring or maiming more than five times. (The YE is supposedly the most accident prone. The conditions of state highways are far worse).

The WB says it costs the economy between three to five per cent of GDP, almost Rs 7 lakh crore. India’s real GDP at constant prices (2011-12) is 140.78 lakh crore in 2018-19, as per ministry of statistics and programme implementation.

So for corporate greed the country is building unsafe roads and people are being saddled with huge costs and increasing insurance premium. What started as loss to farmers has engulfed the entire society and the profits of the perpetrators are increasing. The unnecessary supposedly high security plates for 26 crore vehicles are boosting their profits by a minimum of Rs 10,000 crore and displacing lakhs of mohalla level poor number plate makers across the country. This monopolisation is another bane.

Greed is not only driving out the farmers but also various poor workers around him who has been subsisting on farm activities. The country needs to study the phenomenon and act to prevent the situation from further aggravating. The loss of arable land for a scramble of “bad development” can be socially and politically disastrous. The mad game for acquisition of fertile land must stop and the government has to look back to have a holistic agriculture and growth (not development) policy.