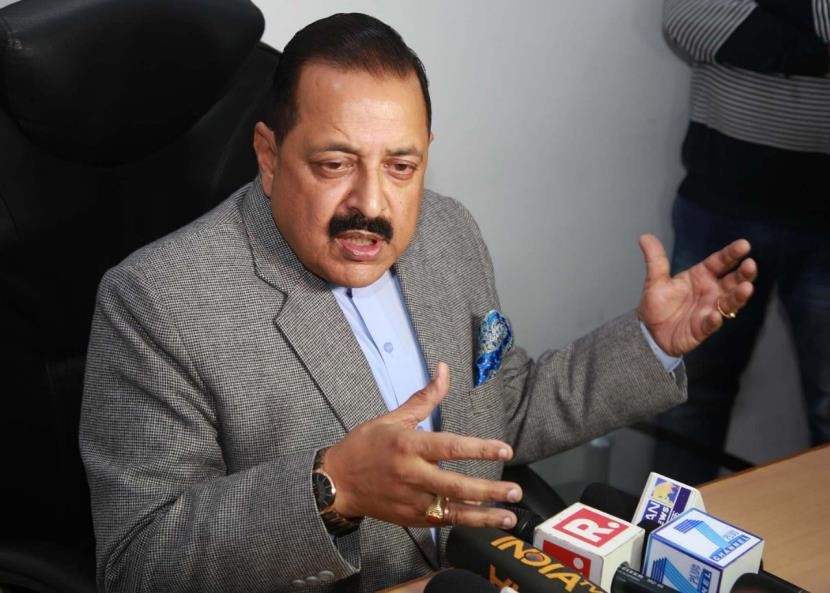 Jammu, Nov 28: Union Minister Jitendra Singh on Saturday said that high voter turnout in the first phase of polling for District Development Councils (DDCs) is indicative of the pent up democratic aspirations of the people of Jammu and Kashmir.

What is important to note, he said, is that the polling in most of the districts in Kashmir valley is manifold higher than the dismal polling witnessed during the 2019 Lok Sabha election.

This may also be indicative of the fact that the people of Kashmir valley were disillusioned with their candidates for Lok Sabha but have now come out enthusiastically to elect representatives for the local bodies, he said.

The trend of the high voter turnout will further pick up in the subsequent phases of the DDC election and will be a rebuff to those who had apprehensions or reservations about the electoral exercise initiated by the government, said Singh, the Minister of State for Personnel.

In the first electoral exercise in Jammu and Kashmir since the abrogation of Article 370, nearly 52 percent turn out was recorded on Saturday in the maiden DDC polls.

Singh, who is an MP from Udhampur, said that it is a tribute to democracy that the first phase of polling has been conducted not only successfully but also peacefully, for which he also complimented the UT administration.

It is for the future historians to analyse, why the earlier governments at the Centre and in Jammu & Kashmir had deprived the people of their legitimate constitutional rights, the minister said.

He said, whether the critics like it or not, history will record the name of Prime Minister Narendra Modi as a statesman who turned a new leaf in the history of democracy in Jammu & Kashmir.

Referring to various development works in Jammu and Kashmir, Singh said it is only the Modi government which is committed to fulfill its pledge of making up for the lapses of the past and to correct the injustice meted out by the earlier governments.