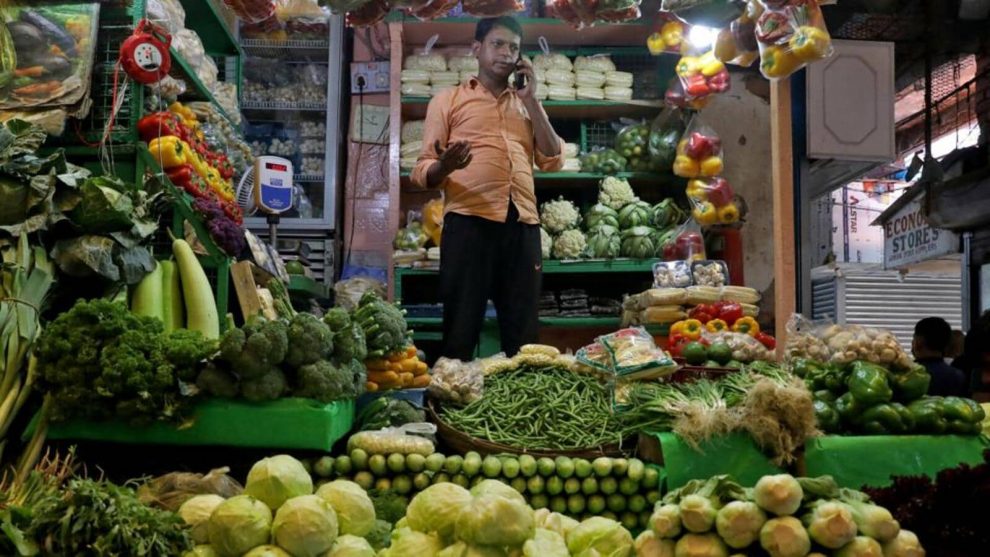 Galloping inflation needs to be immediately checked. It hurts the government more than the common man, creating a cycle that hits everyone and adding further to the inflation. Retail inflation touches 7.79 per cent, the highest since September 2014 and the wholesale index remains over 14 per cent. It has made food inflation go beyond tolerable limit and so too the travel and transportation expenses.

The policies need scrutiny as the subsidy regime is reversed by high taxes on fuel, road sector and commodities through various instruments such as GST, excise duties, VAT, road, agriculture and other cesses, toll and consequent rise in prices. The policy makers blame it on international factors like the Ukraine war but are unable to explain how it causes severe rise in vegetable prices, home grown wheat flour and myriad such products. Pulses rise by17 per cent.

The government itself is in a quandary on the prices and needs to discuss issues that can bring down its bill on expenditure and cost of investments. That is possible through moderation of prices. On an average it has gone beyond the Reserve Bank of India tolerance limit reset at 6 per cent. Rapid, sustained inflation harms families by wiping out their wage gains and eroding savings. It also rocks consumer confidence, and businesses.

The rupee falling against the dollar is yet another cause for concern. It virtually imports inflation, and this is difficult to contain unless domestic steps raise the purchasing power of the rupee.  Instead that is being eroded, as the rupee touches Rs 77.34 to a dollar. It makes petrol, coal and essential imports expensive.

Freight rates on grand trunk routes have already shot up by an average 3-4 per cent month-on-month, according to the Indian Foundation of Transport Research & Training. The recurrent increase in the fuel prices singe into the margins of small and large transporters and will force them to pass on the hike to their customers. This in turn is set to make the prices of daily consumables and other goods dearer, impact consumption and slow the economic growth, the study says.

An Indonesian study finds that the increasing fuel prices have a devastating impact on the transportation sector. If we do not check this, the rising oil prices would cause a slowdown. Two recessions that occurred in the 1970s started the myth that oil prices can cause recessions. Of course, a small correction has been made to the monetary policy by a small raise in repo rates. As per RBI’s own calculations, almost every 5 per cent depreciation in the rupee adds about 10-15 bps to the inflation. The RBI move to check it also has a cost it.

Transportation and input costs have hit even the largest Unilever. It is seen in reducing the size and quantity in each of the small packs. A 10-rupee dish cleaner now has 135 grams against 155 grams three months ago or so. A Haldiram aloo bhujia now has 42 grams against 55 grams. Dabur has reduced grammage. Britannia has passed on 65 per cent of incremental input costs all through 2021-22. Every category has had inflationary headwinds, says Sanjay Singhal, of ITC’s dairy and beverages unit. The manufacturers are hit by cycle of rises from petroleum, toll, transport to edible oil and other input costs. They transfer it to the consumers, who respond by a further stickier consumption.

Despite a $400 million export, the RBI is concerned as global price rises may lower demands. Imports have surged. The balance of trade is unfavourable and reducing imports is difficult. The rising rupee against the dollar or fear of contraction of rupee is worrisome as the forex kitty has shrunk to $597 billion from $642 billion. In the week ending April 29, foreign currency assets fell by $1.110 billion to $532.82 billion. Meanwhile, gold reserves dipped by $1.164 billion to $41.60 billion. The SDR reserves stood at $18.3 billion lower by $362 million. The country’s reserve position in International Monetary Fund is at $5.001 billion lower by $59 million in the week ending April 29.

A 10 per cent rise in fuel prices raises 12.78 per cent of production costs in the road transport sector, says study of Dhani Setyawan of Indonesian Ministry of Finance. In addition, there is also indirect impact to the sector by 5.13 per cent. The indirect impact is induced by the changes of other sector product prices.

The Fitch agency says that the hiking of natural gas prices for ONGC and Oil India to $6.1 per million British thermal unit from $2.1 may be good news as their profitability would increase. Reliance would have higher profitability as the rate of KG-D6 has gone up to $ 9.9 per mmBtu from $6.1. Once again it will have deleterious impact on transport costs.

A study on impact of toll system by Kedar Nath Pande in the International Advanced Research Journal, says, according to the National Motorists Association it is an inefficient approach, worse it fosters corruption, political patronage and discourages needed improvements on the rest of the non-toll highway system. Toll is the second largest expense of transporters at Rs 4 to 5 lakh a year per truck. The average usage of truck has remained the same whereas costs have increased, and transporter margins are at an all-time low, Pande says much of it due to the tolls. But NH Fee rules 2008 of reducing tax after 60 per cent cost realisation is never implemented.

The DNA story observes that toll collection is a huge profit-making mechanism, as per the police. It cites the instance of Pune-Ahmednagar toll gate at Perne Phata. The government’s investment on the stretch was about Rs 10 crore. The road was started with an expected profit of Rs 24 crore in 10 years. It collected Rs 394 crore as toll and has paid Rs 1.55 crore to the government. Similar irregularities detected in Tamil Nadu. The government is collecting on an average Rs 3.6 lakh crore through various petrol cesses and as per National Highways Authority of India, it directly collects Rs 38000 crore at toll gates a year.

Each of these also impact government expenses. These go up every year following a myth that inflation helps government earn more. In reality, there is more erosion to revenue, increased hardships at every level and the resultant slowdown adds to the problems. Lower the inflation, higher the demand and happiness in the country. Reviewing taxes and tolls will help the government earn more.