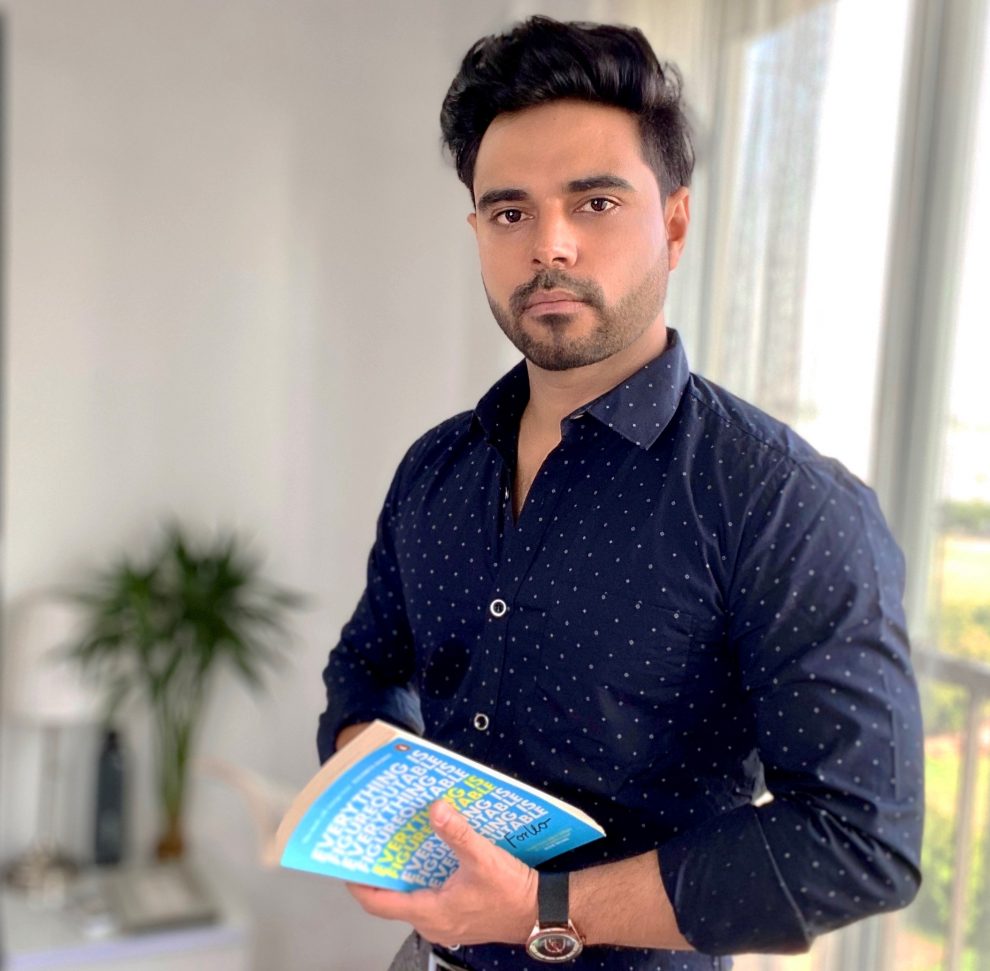 “I like children; they are tasty!” Dr. Manohar opened his lecture.

Listening to his controversial statement, all of the super-forty CBI trainees stayed perplexed. The fellow, sitting beside Rohan, stopped chewing his nail and exchanged the startled gaze with Rohan. Rohan stayed thoughtful. His eyebrows waggled. He looked back to Komal, who was sitting at the last row of the retro-styled wooden amphitheater. In response to his quizzical gaze, Komal turned down her lips and shrugged her shoulders.

“Sweet and tender her little ass was roasted in the oven! It took nine days to eat her entire body.” Dr. Manohar talked on, “These statements are not of mine, and I believe no human can deliver such obscene statements. These statements were given by the devil Albert Fish.” Dr. Manohar triggered the lecture by displaying the photograph of Albert Fish over the PowerPoint presentation and said, “In his life, Albert Fish had killed and consumed more than 100 children.”

He displayed the next picture of another serial killer and uttered, “Behram Thug aka ‘Beraham Thug.’ Total no of killing – 931. Behram used to keep a yellow handkerchief with him, which he used to strangle his victims to death calmly. He holds the record of the maximum killing all over the world.”

“Presenting the most handsome necrophilic psychopath… Ted Bundy.” He switched to the next slide and displayed a photograph of a very dapper man in suit and tie. “Bundy was considered to be the most handsome serial killer. He had raped and mutilated countless women. He had confessed to having killed thirty women, though the exact number remained unknown. His modus operandi was to plaster his hand and approach women in parking lots asking for help. He would then take them to an isolated place where he would mutilate and rape them and have sex with their corpses.”

Komal kept her eyes on Dr. Manohar Saxena. Komal noticed he was a fit, a middle-aged officer who might have paid his way through college playing golf. His timeworn face, the wrinkles on his high forehead, and the salt and pepper short beard reflected his maturity and intelligence. He had hidden his blood-flecked eyes and puffy eye- bags behind the transparent wayfarers. His guttural voice was pure masculine, distinguishable and attractive. And, that’s why before she fell for him, the sapiosexual Komal refocused on the lecture. She swayed back, crossing her legs.

After arriving in the amphitheater, when she had settled herself on the last bench, she was unaware of the rusty nail striking out from the old wooden backrest of that bench. When she swayed back, she approximated her right shoulder blade to the tip of the rusty nail, but she was lucky enough not to get pricked.

“We always imagine the serial killers would be tall and broad, dangerous sort of, or the one who can be easily distinguished in the crowd. But that’s a myth. Almost 75% of serial killers are common men, similar to us. These serial killers are dangerous as they stay hidden for years in our society. The best example of this is…” Dr. Manohar switched to the next slide. Pointing the photograph of the decent and old gentleman, he added, “…Dr. Harold Shipman aka Dr. Death. A complete family man with a beautiful wife and two children. Being a reputed doctor, he was very popular in the entire community. This devil had been executing women for decades, and no one was aware of his awful deeds.”

“Oh!” Nikita winced. Her cheeks reached the corner of her puckered eyelids.

“Majority of serial killers belong to the health sector. The target population of Dr. Death was feeble old women. Total number of killing 251.”

Komal bobbed her head. Taking a deep breath, she swayed back. The rusty – bloodthirsty nail was desperately waiting to taste her delicious blood, but fortune favoured the brave girl one more time.

“How do the serial killers approach their victims?” Nikita raised her curiosity.

“Have patience, miss.” Dr. Manohar put an arrogant smile and said, “Let me cut to the chase.”

Switching over the next slide, Dr. Manohar explained, “The conning, the surprise, and the pre-existing trust; these are the three standard approaches serial killers apply. Dr. Death used the last method, the pre- existing trust. Harold’s patients always trusted him. Taking advantage of their faith, sadist Harold used to inject high doses of heroin in those older women to kill them mercilessly.”

“Fuck!” Rohan whispered in amazement. He noted down something in his rough diary.

“In the con approach, the serial killer gains the sympathy of the victim by asking for assistance. This method enables the wrongdoer to be physically close to the victim. The offender overpowers the victim, takes physical control, and executes them. This trick was the hallmark of…” he displayed the photograph of a clown and said, “…John Wayne Gacy aka Clown Killer. Wearing the clown make-up, fiendish John used to lure the young children to his home. Duped them into donning handcuffs on the pretext of demonstrating a magic trick, the cruel monster beneath the colourful clown used to rape and torture the victim before garrotting them. The number of children he executed was 33.”

Excerpted with permission from Murdrum: The Probe Begins, Sohil Makwana, Notion Press. Read more about the book here and buy it here.

The Dispatch is present across a number of social media platforms. Subscribe to our YouTube channel for exciting videos; join us on Facebook, Intagram and Twitter for quick updates and discussions. We are also available on the Telegram. Follow us on Pinterest for thousands of pictures and graphics. We care to respond to text messages on WhatsApp at 8082480136 [No calls accepted]. To contribute an article or pitch a story idea, write to us at [email protected] |Click to know more about The Dispatch, our standards and policies
TagsCrime thriller Murdrum: The Probe Begins Notion Press Sohil Makwana