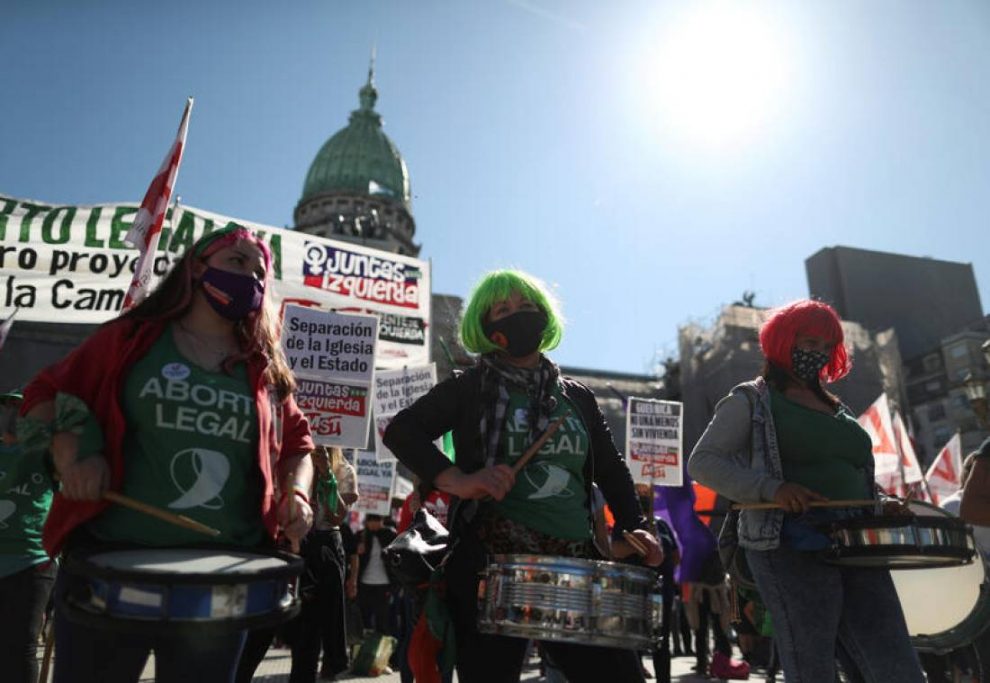 BOGOTA: A fresh effort to make abortion legal in Argentina has a better chance of success than did previous failed efforts, supporters said on Wednesday, given political change and unprecedented backing by the president in the South American country.

If passed, it would allow women to seek elective abortions in pregnancies of up to 14 weeks and guarantee access to the procedure as part of the country’s health care system.

Abortion in Argentina, and in most countries in the majority Roman Catholic Latin America, is allowed only under limited circumstances, such as when pregnancy is the result of rape or when a mother’s health is at risk.

If the law were to pass, Argentina – with a population of 45 million – would become the first large country in Latin America to allow abortion on broad grounds, rights groups said.

Previous attempts to legalize abortion in Argentina have narrowly failed, mostly due to a lack of government backing and opposition from conservative lawmakers and religious groups in Pope Francis’ home nation.

In 2018, a bill to legalize abortion was passed by Argentina’s lower house but rejected by the Senate in a 38-31 vote.

This time, the centre-left party of the president, who succeeded conservative Mauricio Macri in December, has a majority coalition in the lower house.

“Argentina has a president with high popularity ratings and who has the political will to get the bill through. The fact that he personally presented the bill shows this,” she told the Thomson Reuters Foundation.

“We are optimistic,” said Belski, adding the bill is expected to be debated in Congress by year’s end.

“This time the government not only supports it but also drafted the bill,” she said.

Nearly 40,000 women in Argentina sought hospital care because of botched abortions last year, and 3,000 women have died as a result since 1983, he said.

“The criminalization of abortion has been of no use,” the president said.

“The debate is not saying yes or no to abortion. The dilemma that we must overcome is whether abortions are performed clandestinely or in the Argentine health system.”

The debate heightened last year when an 11-year-old rape victim was forced to bear a child despite requesting an abortion.

The rise of the Ni Una Menos (Not One Less) movement, Argentina’s answer to #MeToo, has helped the pro-choice effort, galvanising thousands of supporters to protest in the streets.

If the law is passed, Argentina could influence other Latin American countries with strict abortion restrictions, including a handful, mostly in Central America, that ban abortion under any circumstance.

“Argentina has been a country that has led progressive causes, like equal marriage in the region, and if the abortion bill is passed, it could set a precedent for others to follow,” said Avila-Guillen.

Only three countries in Latin America – Uruguay, Cuba and Guyana – have legalized abortion, according to the Centre for Reproductive Rights.