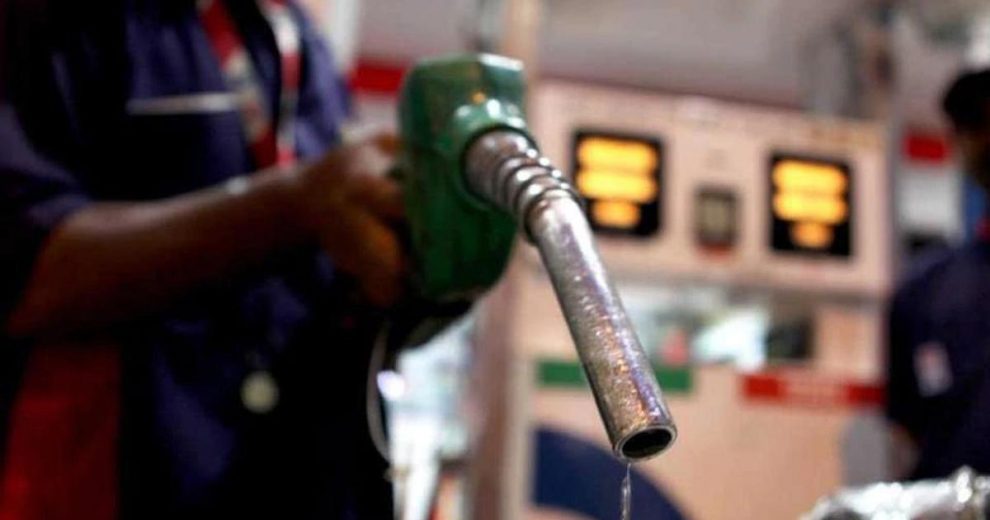 The country needs a new approach on prices, taxes tolls and issues of progress. It wants to control prices as often the leaders proclaim and then go on increasing every bit that is under the administrative control. India must rethink introducing fuel subsidies to boost manufacturing and other activities that could bring more revenue to the nation’s kitty. Cut in prices to generate more manufactured goods sales and revenues.

Post-poll the prices are rising almost 85 to 90 paise a day on the plea of rising crude prices. But the companies did not reduce prices when crude prices crushed to a virtual zero during the pandemic. The high fuel prices have stoked inflation as transport prices spiral making goods and commodities expensive when the people need relief.

The administration says that the petroleum companies decide the prices but despite supposed ‘genuine’ needs they freeze prices for over a month during elections. It may be a coincidence but that is repeated poll to poll.

Rightly, the Ukrainian situation has put the country in difficult situation but wisely it could firm up an agreement with Russia for continued fuel supply. That is prudent though was not easy in an era of US-led sanctions. The balancing act is possible because of India’s moral authority under Prime Minister Narendra Modi and the corps of diplomats.

The world can see that Sri Lanka has failed in doing it and again Indian Oil has to come to its rescue by continuing fuel supplies and keep running its power plants. Sri Lanka is in deep economic crisis. Rice is being sold there for Rs 500 a kg and all commodity prices are soaring. Inflation spikes to 14 per cent. India has over 13 per cent wholesale and 6 per cent retail inflation. Income level in India is either thawed or post-covid at a low level. Lanka got into the crisis as it deliberately chose to go into Chinese ambit to keep off India. Its main foreign exchange reserves shrunk due to reckless borrowings from China to finance infrastructure projects, according to Hong Kong Post.

Successive governments in India have been using petroleum as a tax-spinner forgetting that even a paisa hike on petrol has cascading effect on the entire economy. Since the UPA times the economy is dependent on taxes on fuel leading to its collapse to ‘mahngai dain’. The successive administration should have learnt and corrected it. The problem accelerated as domestic production plummeted to around 20 per cent and dependence on imports increased causing the rupee to slide beyond Rs 76.

It has led to overall price spiral. Wholesale and retail prices are going beyond the toleration level. Sunflower oil jumps  by 20 per cent to Rs 182, soya oil sells at Rs 162, dearer by 10 per cent; and palm oil Rs 151.80 dearer by 13.65 per cent. Mustard oil, wheat, rice, pulses rise by over two per cent. Textiles and other commodities are also becoming dearer.

Alternate fuel like ethanol, processed largely from sugarcane, is being proposed for mixing with petrol. It is likely to make sugar expensive. It is a myth that it would sell cheap. Processing cost is high. Ethanol production can, according to US studies, cause air, water pollution, soil erosion and habitat loss. It is being seen to benefit Maharashtra cane growers. This apart ethanol is not supposed to be engine-friendly with its high moisture.

The Electricity (Amendment) Bill 2021 on which battery recharging is to be based would make coal and power dearer. Besides, more use of batteries will lead to higher coal generated power production causing heavy emission pollution and spike power rates. Power workers are planning two-day strike shortly against the bill as it encourages privatisation.

In the months leading up to the Covid-19 pandemic, US oil production hit an all-time high of just below 13 million barrels per day (BPD). As the pandemic unfolded, demand collapsed, and production followed. By May 2020, oil production had dropped by more than 3 million BPD to 9.7 million BPD.

During the last over 15 years it was noticed that as petrol prices rise, the economy gets into a spin. Under the World Bank and IMF pressure India gave up subsidies causing immense harm to the poor, middle and small enterprises, prices of commodities. A little subsidy, not direct benefit helps every section of the society. Small hair cut is always preferable than its total loss. It is a myth than India has a rich class of people and the middle class is able to fend for itself.

There is nothing like a middle class, except that it is slightly above the poverty level. A bumpy situation hits it hard. Overall subsidies benefit a larger population and help the economy keep prices under check. The nation unfortunately continued with the policies of Manmohan Singh instead of correcting it.

India needs to understand the Lankan stress on infra that drained its resources. India must go slow on infra now. Infrastructure builds expensive assets with a higher recurring expenditure that stresses the economy severely. Had it conserved its reserves, put off expensive infrastructure projects, Lanka could have avoided getting into the mess. Increased money supply, infra investments and depreciation of the rupee stoked inflation there.

The Ukrainian situation has disturbed the oil supplies across the world. India has hedged it for now with the promise of Russian supplies. World leaders could have influenced Russian leader Vladimir Putin to put seize of Ukraine and not go into a full-fledged war. Today, it has put Europe into a tinder box. For the folly of the NATO and European countries, poor countries like India suffer the most.

The symptoms of Lankan and Indian economy are not different except that India has the capacity and the size to sustain which Lanka does not have. It would be prudent on the part of India to reintroduce subsidies on petrol as alternate energy is yet not available. It would change dynamics of economy, generate more revenue and can do better if infra is put in the backburner and manufacturing is boosted to give the economy a kick-start.