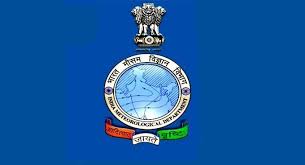 “Generally dry weather very likely over most parts of Northwest, West, Central and East India during next five days,” it said in a prediction for other parts of the country.