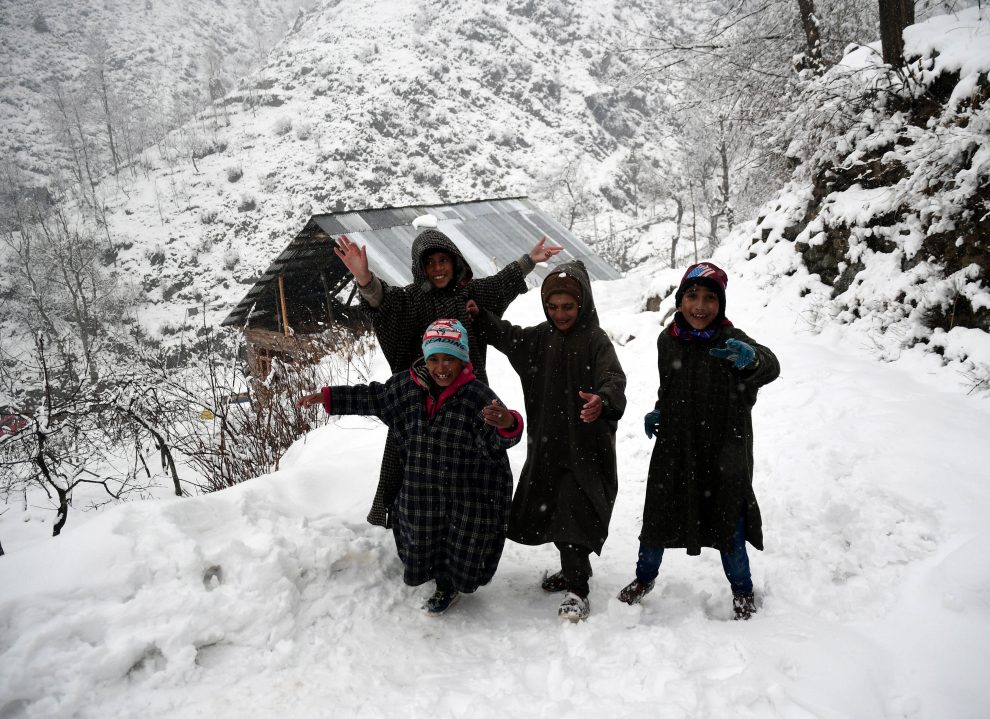 The Dispatch Staff
Add Comment
Most areas of the valley received moderate to heavy snowfall which started in the night and was going on when last reports came in, they said.

Srinagar: Life was thrown out of gear in Kashmir on Wednesday as most areas of the valley received snowfall – the season’s first heavy fall in the plains – disrupting flight and railway operations and leading to the closure of the vital Srinagar-Jammu national highway, officials here said.

Most areas of the valley received moderate to heavy snowfall which started in the night and was going on when last reports came in, they said.

The areas in the higher reaches of the Union Territory received very heavy snowfall — around two feet or more, they said.

The officials said Srinagar – the summer capital of the union territory – recorded about eight inches of snow till this morning.

The authorities have pressed men and machinery into service to clear the snow off the roads, many of which, such as those leading to hospitals and other vital installations, are being cleared on priority, the officials said.

The bad weather affected the flight operations to and fro the Kashmir valley.

At least six flights at the Srinagar airport have been cancelled, and the rest have been delayed, the officials said.

The visibility at the airport dropped below 400 metres and the continuous snowfall was hampering the snow clearance operations, they said.

Train service between Baramulla and Banihal was suspended this morning due to the accumulation of snow on the railway tracks, the officials said.

The 300-km Jammu-Srinagar highway was closed as besides snowfall, it received heavy rains resulting in shooting stones at a few places, they said.

Traffic was barred on either side of the highway, the officials added.

The Meteorological department has said that a gradual decrease in rain and snow is expected from Wednesday afternoon, and there would be a significant improvement in the weather evening onwards.

Overall improvement is most likely from Thursday onwards. After this spell, there is no forecast of any major rain/snow till the end of this month, the Met office said.

The authorities have appealed to people to not move out of their homes unless absolutely necessary.

Snow clearance machines of MED (mechanical engineering department) and other departments are clearing the snow mechanically and manually from the main roads since early morning, but due to continuous snowfall, the roads are very slippery and there are chances of accidents, the authorities said in an advisory.

In the wake of the snowfall, Kashmir University postponed all examinations for the day.

COVID: Active cases in India dip to 1,64,5221
In Budget, clear roadmap given by govt to achieve saturation of basic facilities: PM Modi
Comment