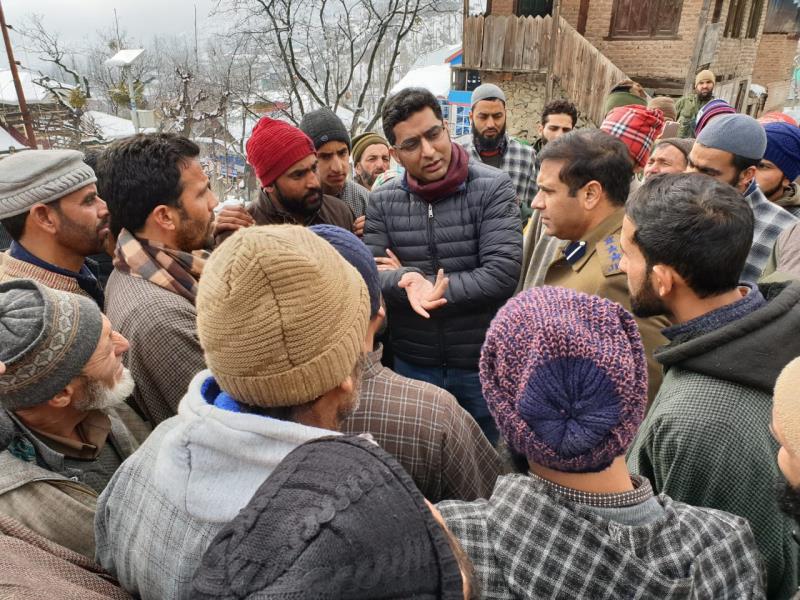 Rs 45 lakh disbursed among affected people, meeting to be held on Mon to get full assessment details: DC Sgr

Srinagar, Jan 15: The government on Friday said that respective Deputy Commissioners (DCs) have been directed to assess the losses caused to the people in recent heavy snowfall while the district administration Srinagar is all set to hold a meeting in this regard on coming Monday.

Divisional Commissioner, Kashmir, P K Pole told the that quick response relief has already been provided to the families who got affected in the recent snowfall.

However, he said that the final assessment of losses will be done by the respective DCs.

Pertinently, two persons including a CRPF officer and a woman from north Kashmir’s Kupwara district were killed in the heavy snowfall while nearly 70 structures including residential houses got damaged as well.

Meanwhile, Deputy Commissioner (DC) Srinagar, Dr. Shahid Iqbal Choudhary told KNO that Rs 45 lakhs have already been disbursed among the affected people while a meeting has been scheduled in this regard on coming Monday.

He said the concerned Tehsildars will furnish the details of their respective areas following which the compensation will be given to the affected people accordingly. Kashmir received heavy snowfall for three consecutive day from January 03-05, causing huge losses to the people here as the houses, sheds, shops, workshops, schools and other structures go damaged