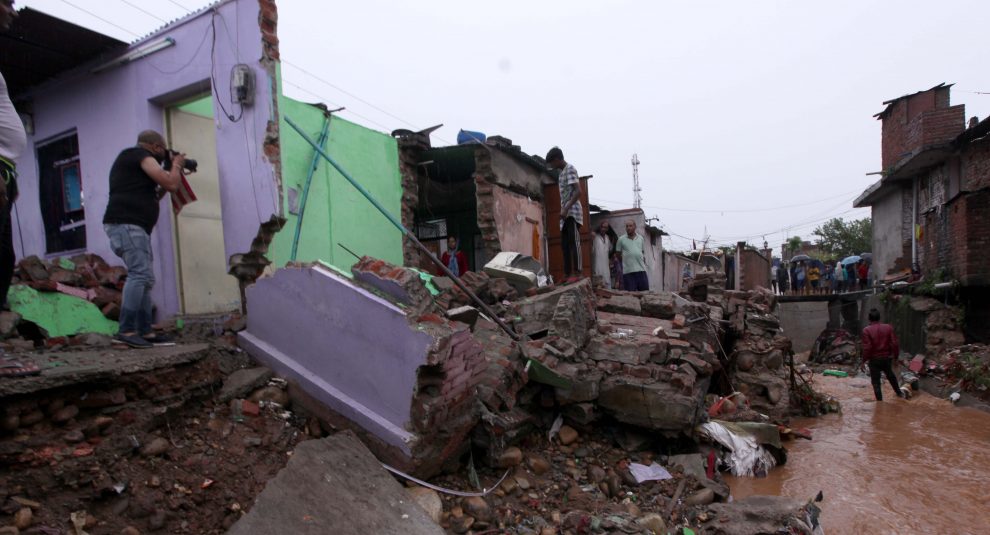 The Police Control Room, Jammu, said that water entered many houses and government buildings while walls of some complexes also collapsed due to rain.

Police Post Gadigarh, in the outskirts, was inundated, while the boundary wall of City Police Station collapsed towards roadside blocking the road causing inconvenience to the passersby.

The water level in the river Tawi has also swelled owing to continuous downpour in the upper reaches.

Police spokesman said that no reports of any injury or major damage has been reported so far.

Jammu City recorded the highest ever rainfall of 150.6 mm in the last 24 hours since 1989 for the month of July.

Heavy downpours were witnessed in other parts of Jammu region. Katra and Samba received a whopping 76.6 mm and 119.0 mm rainfall in the last 24 hours till 0830 hours.

Locals staged protest alleging that due to overflow of drains especially in monsoon season, the road gets blocked but the administration is not taking any notice to this grievance despite repeated reminders.

“Weather will remain overcast to Cloudy at most places of J&K,” he said.

He said that the shower may generate Flash Flood and Landslide in Hilly Area which may led to blockage of Road.