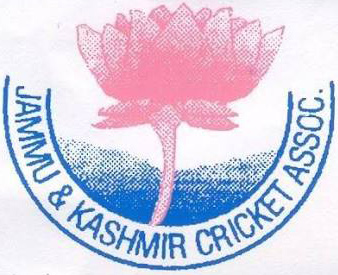 Srinagar, March 23: The J&K High Court on Tuesday discontinued CAA and the CEO of the Jammu and Kashmir Cricket Association (JKCA) while as it asked the Board of Control for Cricket in India (BCCI) to manage affairs of the game in the J&K and Ladakh till the elections of JKCA are completed.

In a 40-page judgment, a bench of Justices Ali Mohammad Magrey and Puneet Gupta also directed the BCCI to see if the newly drafted Memorandum of Association and Rules and Regulations by Court Appointed Administrators (CAA) were in tune with the Lodha Committee recommendations or need amendments.

The CAA was tasked to ensure free and fair elections of JKCA as well as amend rules of the J&K Cricket Association in conformity with the recommendations made by the Lodha Committee.
Later, on December 6, a Division Bench of the Court while upholding the judgment of the Single Judge ordered that the disputes between different clubs affiliated to JKCA shall be resolved by an Ombudsman, appointed by the Court, and not by the CAA.

Accordingly, the court appointed Justice Syed Bashir-ud-din (retired) as the Ombudsman. Besides, the Division Bench appointed Ashiq Hussain Bukhari (IPS), former DIG, as Chief Executive Officer to assist the CAA to manage the affairs of the Association.

Consequently, the CAA drafted Memorandum of Association and Rules and Regulations. Among others, the CAA, as argued by one of the litigating parties before the court, among others ended the monopoly of a few Clubs and replaced them with District Associations to adopt the policy of ‘territorial representation’ for the formation of the Association and ended the earlier practice of denial of representation to each and every territory of Jammu and Kashmir in the JKCA.

After hearing all the litigating parties, the court observed that it has been “in essence called upon to determine as to whether the newly drafted Memorandum of Association and Rules and Regulations by the CAA of the JKCA is in accordance with the mandate of the Lodha Committee, as approved by the Supreme Court.”

“Having gone through the rival stands adopted by the learned appearing counsel for the parties concerned along-with connected matters coupled with the facts giving rise to the instant litigation; as also keeping in view the directions passed by the Supreme Court from time to time; and the overall object of promoting the game of cricket in Jammu and Kashmir, we are of the view that it shall not be appropriate for this Court to go into the question of ascertaining whether the Memorandum of Association and Rules of Regulations so framed by the CAA of the JKCA are in tune with the recommendations of the Lodha Committee,” the Division Bench of Justices Ali Mohammad Magrey and Puneet Gupta said as per news agency. “Instead, in our opinion, now that the BCCI, which is tasked with the overall governing/ controlling of the activities of the game of cricket in India and of which the JKCA is an affiliate member, is in position with its newly approved Constitution, it is the said body which shall be the appropriate authority to answer the above-formulated question in the light of its newly approved Constitution.”

The BCCI, the court said, is expected to have all expertise required for answering the question being the apex body for managing and controlling the activities of the game of cricket in India, including the Jammu and Kashmir.

“Besides, the BCCI has also filed an application for handing over the affairs of the JKCA to it till such time the elections of the office bearers of the JKCA are conducted under its supervision.”

Subsequently, the Division Bench while appreciating the effort and endeavour made by the CAA as well as the CEO, said that it feel that there was no further need of their continuation. “As such, the CAA and the CEO of the JKCA appointed by this Court shall stand discontinued,” the court said;

The BCCI shall, as an interim measure and till a new body of the JKCA is elected under its supervision, run the management, control and administration of the JKCA immediately upon being handed over the same by the CAA, the court said in another direction.

“The BCCI shall, while finalizing the amendment, if any, in the Constitution of the JKCA, in conformity with the recommendations made by the Lodha Committee as approved by the Supreme Court, consult all the stakeholders, including the parties litigating before this Court, i.e., the representatives of the erstwhile clubs of the JKCA as also of the District Cricket Associations now formed by the CAA.”

The BCCI, the court said, shall ensure promoting of cricketing activities in Jammu and Kashmir as well as in Ladakh in tune with its approved Constitution and at par with other affiliated Associations from various States and Union Territories of the country.

“The BCCI shall ensure that the required infrastructure on ground is improved and made available to the cricketers of Jammu and Kashmir and Ladakh without waiting for any audit report.”

The BCCI, the court also directed, shall make every endeavour to ensure that the boys and girls playing the cricket in Jammu and Kashmir and Ladakh, from different age groups, are provided all facilities to excel in the game of cricket not only on national, but also at international level.

“The BCCI, given the task assigned to it as indicated above, shall be authorized to appoint Committee/ sub-Committee to run, administer, control and supervise the affairs of the JKCA till the elections are held and a body of the JKCA is elected under its supervision, whereafter the administration, control and supervision of the JKCA shall be handed over to the newly elected office bearers of the Association,” the court said, adding, “Deputy Commissioner of Jammu as well of Srinagar shall cooperate with the BCCI for ensuring implementation of the aforesaid directions passed in this judgment for any requisitioned assistance. They shall ensure preparation of inventory of movable and immovable property of the JKCA and furnishing the same, alongwith the list of assets and liabilities of JKCA as existing on the date of this judgment, to the BCCI during the course of this week.”

The court also said that it hope and trust that the BCCI shall complete the exercise assigned to it “as expeditiously as possible”.
“Before parting, it needs to be mentioned here that while going through the pleadings on record, we also came across some clubbed petitions, being WP(C) Nos. 2059/2020; 2155/2020; 3653/2019; and 3738/2019 filed in this wing of the High Court, wherein the decisions of the then Ombudsman of the JKCA, as appointed by this Court at the relevant point of time, have been assailed. Since, we did not hear the parties on this issue, we feel that the said petitions are required to be segregated and listed separately before the roster Bench,” the court said and ordered accordingly.