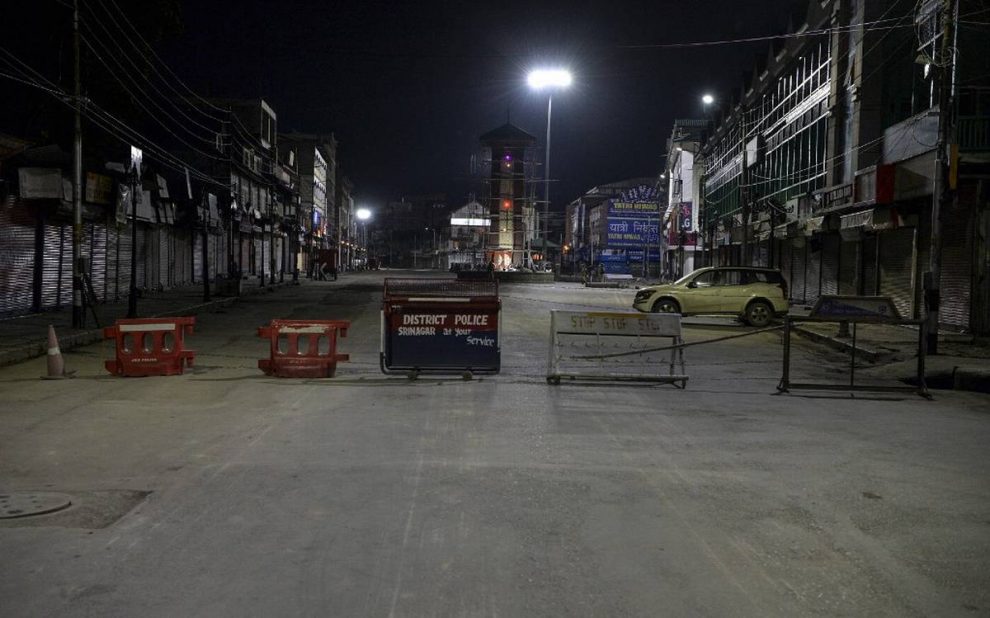 The recent spate of targeted killing of civilians from Hindu and Sikh community in Kashmir valley by militants of The Resistance Front, an umbrella organization of all former militant organizations operating in Kashmir valley including Hizbul Mujahadeen, Lashkar-e-Tayiba and Jaish-e-Mohammad, has unwittingly brought back dark memories of the days of 1989, when militants of Jammu & Kashmir Liberation Front (JKLF) started targeted killings of prominent members of Kashmiri Pundit community that eventually led to the forced exodus of nearly 97% of Kashmir’s Hindu minority within next few months. That was incidentally the beginning of the three-decade old insurgency in Kashmir valley that ultimately destroyed the social fabric of Kashmir valley, ruined its once thriving economy and put its people to life of violence and chaos only to end in the removal of Article 370 of the constitution of India, bifurcation of the state and demotion of the status from that of a state to that of a union territory.

The spate of minority community killings has not only set panic in the remaining less than 5000 Kashmiri Pundits as well as 60,000 strong Sikh community amidst reports of many Hindu and Sikh families even leaving for Jammu and other parts of India fearing more such targeted violence against Hindu & Sikh community of Kashmir valley. The back-to-back targeted killings, which began with the gunning down of Makhan Lal Bindroo, a well-known Kashmiri Pundit Chemist and Virendra Paswan, a poor migrant Golgappa seller from Bihar, who belonged to Hindu Dalit community was soon followed by the targeted killing of Supinder Kaur, a Kashmiri Sikh teacher and a Hindu Dogra teacher from Jammu region, both of whom were teachers in government boys’ school in Srinagar. In a clear sign of religious target killing, militants are said to have entered the government school and identified the religious identity of teachers through their aadhar cards, before lining up Sikh female teacher and a Hindu male teacher and killing them at point blank.

Even though violence is nothing new to Kashmir valley, such targeted killing of members of non-Muslim religious minority in a planned manner once again highlights the religious character of Kashmir’s aspiration movement, which even though claims of secular credentials has been accused of furthering a creation of an exclusionary Sunni religious radical state where rights of both religious minorities as well as Muslim minority sects will be limited and restricted.

It is important to mention here that ironically the militancy in Kashmir valley was started by the JKLF, which professes creation of a secular “independent” state of Jammu & Kashmir. It was this militant organization that actually began the militancy in Kashmir valley by targeting members of Hindu religious minority community of Kashmiri Pundits. Further, the absence of even a single non-Muslim member in the erstwhile Hurriyat Conference that was supposedly the political face of Kashmir’s aspiration movement also raised questions regarding its secular credentials. There wasn’t a single Hindu, Sikh, Christian or a Buddhist member in Hurriyat Conference.

The Hindu phobic character of Kashmir’s aspiration movement has always been a problem that Kashmir’s majority community has never honestly confronted and discussed. If Kashmir valley would have been captured by Pakistan in 1947, would Kashmiri Muslims have initiated the similar kind of armed separatist militant insurgency against the state of Pakistan as they did against India, Hindu majority country is a question that most members of Kashmir’s Muslim majority community are reluctant to answer. The main problem of Kashmir’s Muslim majority country with India has only and only been Hindu majority demography of India. It is important to note that Muslims of Kashmir lived peacefully and thrived economically for first four decades from 1947 to 1988 without any problem. Kashmir valley was one of the most advanced, prosperous, peaceful regions of India and all of that changed after 1989. The overtly Islamist and violently jihadist character of Kashmir’s aspiration movement is also the reason, why the world never supported it, even though the world expressed its concern at human right violations of Kashmiri civilians.

The Hindu phobia and intense Hindu hatred that is now the part of Kashmiri Muslim psychology was evident even in the collective reaction of Kashmiri Muslim community to the recent killings of non-Muslims. While many expressed open regret & sorrow and offered their condolences to the family of Supinder Kaur, the lone Sikh member killed out of 5 civilians murdered last week, there wasn’t either the similar outpouring of grief for Hindu victims, which included a Kashmiri Hindu Pundit living in Kashmir valley for decades, a migrant Bihari Hindu Dalit vendor and a Hindu Dogra government teacher, working in a Government boys school, Srinagar. There were disturbingly many social media comments by Kashmiri Muslims, welcoming the killing of Hindu civilians, while expressing their regret for the killing of Sikh lady.

The problem is that Kashmir’s majority community that often taunts the Hindu community of mainland India for growing acts of violence and intolerance against Muslim minority community, never introspects their own conduct towards Kashmir’s religious minorities. It is not just non-Muslims but even Muslim minority sects like Shias and ethnic non-Kashmiri Muslim community like Gujjar & Bakarwal, who also have complaints of religious, sectarian and racial/ethnic discrimination faced by them at the hands of ethnic Koshur speaking Kashmiri Muslims. Over years, a large section of Kashmiri Sunni Muslims including Sufi Kashmiri Sunnis, Liberal and moderate Kashmiri Sunni Muslims and atheist Kashmiri Sunni Muslims are also facing the heat of growing intolerance. There is still time for the majority community of Kashmir valley to accept the continuing descend of Kashmiri society into lawlessness, religious, sectarian and racial intolerance, religious extremism and radicalism that is destroying the very social foundations of Kashmiri community and presenting Kashmiri Muslim people as some kind of intolerant, religiously radical people who abhor modernity, secularism, progressive and liberal values. This is the image that will not earn Kashmiri people any sympathy in the global community. I hope Kashmiri people realize this, before it is too late.

The author is a Senior Political Leader & General Secretary of People’s Democratic Front.