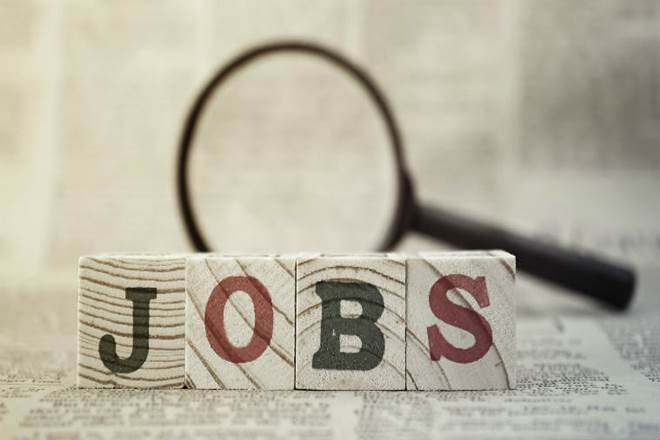 There have been recurrent agendas in the political discourse arguing for reservations for locals in jobs. The idea has enjoyed a popular resurgence particularly in regional electoral politics. More often the logic is grounded in populism and is meant to burnish the credentials of politicians with the voters. Such quotas make for both poor economics and poor politics. Regional political leaders will normally do what is politically expedient, securing a larger share of a small number of new jobs for their own residents. After all, these individuals are part of their voting pool, not out-of-state workers who are registered as voters in their home States.

The latest example onboard this bandwagon is Haryana. Its local job quota may do more harm than good, especially in Gurugram, one of the biggest startup hubs in the country. It is the epicentre for myriad industries including outsourcing, IT services, consumer goods, automobiles and electronics. With Manesar, it is home to offices of Pepsi, Coca-Cola, Nestle, Google, Reckitt Benckiser Hindustan Unilever, American Express, Samsung and others, as well as factories of Maruti Suzuki and Hero MotoCorp.

The New Haryana State Employment of Local Candidates Act, 2020, in the footsteps of States such as Maharashtra, Andhra Pradesh, Karnataka and Madhya Pradesh, proposes to reserve at least 75% of jobs in private sector for locals, with a monthly remuneration of up to Rs 50,000. The quota will be applicable for a period of 10 years after it is notified by the government. A person who is domiciled in Haryana will be eligible to get benefit of job reservation. The law stipulates that companies can hire from outside the State if suitable local candidates cannot be found but the government has to be informed.

Gurugram is the world’s Business Promotion Management capital, employing about 5% of global BPM workforce and 13% of total Indian BPM workforce. The IT and IT-enabled services sector contributes about 10% to Haryana’s GDP and makes up for over 50% of the State’s exports. It is India’s largest auto hub and produces 50% of the country’s passenger vehicles, 60% of motorcycles and 11% of the tractors. Of the total 250 original equipment manufacturers, 50% are present in Haryana, which has a strong base of 120,000 small and medium enterprises, which provide a network of auto ancillary companies. The automotive industry accounts for over 25% of its GDP, employs over 1 million, and has investments to the tune of Rs 40,000 crore.

Haryana is facing immense competition from other States that have now started attracting industrial investment and are offering liberal policies and employment-incentive schemes. The new local job law could severely reduce new investments in Haryana. Investors and entrepreneurs need to source the best resources to be competitive and successful. If companies are forced in such a regressive straightjacket and compelled to hire local candidates alone, irrespective of their skills, talent, or suitability for the job, they are likely to look beyond the State and avoid operating (or significantly reduce their business activities) in such locations. This move goes against the basic principle of meritocracy that acts as the foundation for businesses to grow and remain competitive.

However, such laws violate Article 19(1)(d), (e), and (g) of the Constitution which promises all citizens the fundamental right to move freely throughout India, reside or settle in any part of India, and to practice any profession, occupation, trade or business. Article 16(2) clearly prohibits discrimination based on place of birth. The only enabling provision to make special avenues or opportunities in public employment for any class of citizens is provided under Article 16(3), which empowers Parliament alone to undertake such an exercise and not the State legislatures.

The Supreme Court has largely been against local reservations. In the case of Pradeep Jain Vs Union of India, the Court had found policies of reserving jobs for sons of the soil as violative of the Constitution. However, the Court did not provide an express rule against it because the issues of the case were based on a different question on the right to equality. Prima facie, the apex court observed, that this would seem to be constitutionally impermissible though it chose not to express any definite opinion.

In 1995, in case of Sunanda Reddy Vs state of Andhra Pradesh, it upheld the decision in Pradeep Jain and struck down the policy that allowed an extra 5% weightage in marks for candidates with Telugu as a medium of their instruction. In this judgment, the Court quoted from the Pradeep Jain Judgement: Now if India is one nation and there is only one citizenship, namely, citizenship of India, and every citizen has a right to move freely throughout the territory of India and to reside and settle in any part of India…. it is difficult to see how a citizen having his permanent home in Tamil Nadu or speaking Tamil language can be regarded as an outsider in Uttar Pradesh….To regard him as an outsider would be to deny him his constitutional rights and to derecognise the essential unity and integrity of the country by treating it as if it were a mere conglomeration of independent States”.

Modern management also espouses diversity in workforce in order to promote a healthy industrial climate. Experience of the past suggests that preference to locals by companies has led to intractable industrial problems. Local monopolies in staff profiles have given rise to trade unions, which have been patronised by local politicians and have severely affected productivity and jeopardised working of these organizations. In fact, complex labour regulations have already retarded formal job creation and discouraged promotion of labour-intensive production techniques.

This approach is aimed more at garnering political support of the local youth and has little to do with the State’s long term economic development. While it may fetch immediate political gains it can have serious long term economic consequences. Modern business has become extremely competitive, and in the absence of monopolistic controls, the most efficient and competitive businesses alone can survive and prosper. We are seeing how the public sector is slowly collapsing on account of misguided political agendas. There is need to see beyond purely myopic horizons and focus on long term implications for the economy.

India’s industrial growth has been driven by its comparative advantage in areas such as information technology and high-end manufacturing that do not create enough new jobs, given India’s youthful demographic profile and its fast-growing workforce. Industrial laws are a major reason for this phenomenon. The government must encourage free flow of manpower; it can improve social harmony and curb local chauvinism. The cross cultural exchange can also lead to cross-pollination of ideas and improve not just social harmony but enrich learning and innovation. It could also promote a healthier work ethic, something India woefully lacks.

An industry requires skilled workforce to produce high quality products that are globally competitive. Hiring has to be done on the basis of merit and talent rather than candidate’s domicile. The reason for the industry to employ candidates from outside the State is due to the shortage of adequately skilled and locally available manpower. Mandating private industry to provide jobs based on a domicile criterion will severely affect efficiency of these organisations as it will be forced to compromise on job specific skillset, experience and competitiveness. A rethink is necessary–practical rather than political. —INFA