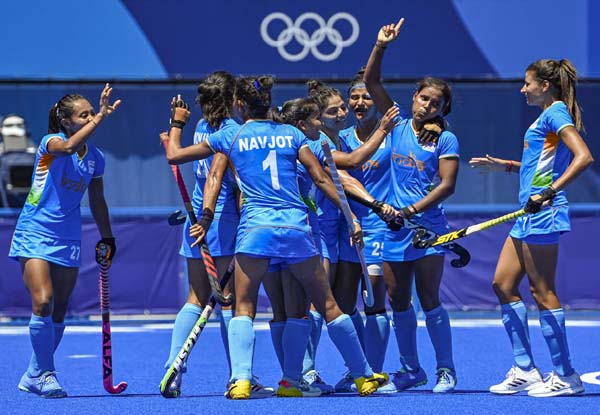 Despite their 4-3 loss against Great Britain in the bronze medal match of Tokyo Olympics 2020, the Indian women’s hockey team has won a million hearts with their brilliant show at the quadrennial event. Ranked 9th in the world, the women’s hockey team made it to their first-ever Olympic semi-final where they lost to Argentina.

Soon after India’s campaign at the Olympics came to an end, Haryana chief minister Manohar Lal Khattar announced a cash reward of Rs 50 lakh each for the nine members representing the state in the national team. Khattar announced the decision on Twitter while hailing the Indian team’s commendable show in Tokyo 2020.

“Haryana Government will award Rs 50 lakhs each to the nine members of the Olympics women’s hockey team who are from Haryana. I congratulate the Indian team for their praiseworthy performance at the Tokyo Olympics,” Khattar tweeted.

Nobody expected the Indian women’s team to reach the semi-final but they proved the critics wrong in what was the team’s best show at an Olympics event.

Social media was full of praise for Rani Rampal-led India for waving the tricolor high in Tokyo.

“We will always remember the great performance of our Women’s Hockey Team at #Tokyo2020. They gave their best throughout. Each and every member of the team is blessed with remarkable courage, skill and resilience. India is proud of this outstanding team,” Modi tweeted.

“We narrowly missed a medal in Women’s Hockey but this team reflects the spirit of New India- where we give our best and scale new frontiers. More importantly, their success at #Tokyo2020 will motivate young daughters of India to take up Hockey and excel in it. Proud of this team,” he added.