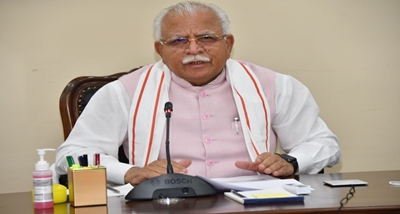 Addressing a Safai Mitra Utthan Sammelan in Karnal, Mr Khattar said if the salary is delayed then 500 rupees will be given with next month’s salary as additional compensation.