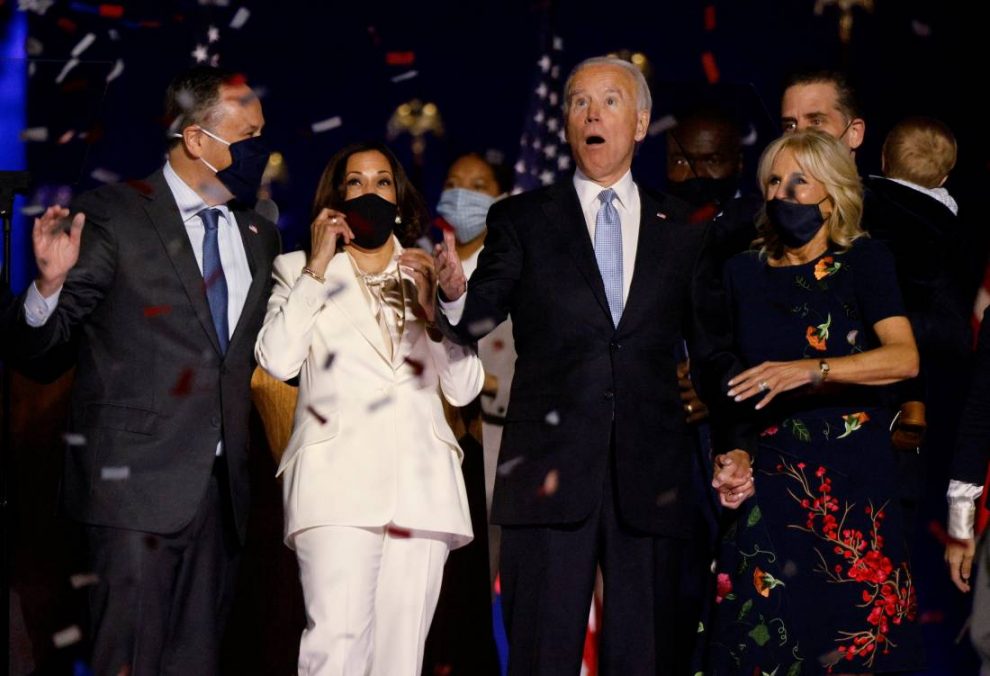 LONDON: From New Zealand’s Jacinda Ardern to Germany’s Angela Merkel, women leaders have won praise for their handling of the COVID-19 crisis, but more than half of men are still unconvinced about having a woman at the helm, a study showed on Monday.

The survey found only 52% of people across the G7 group of wealthy countries – 46% of men and 59% of women – would feel “very comfortable” with a woman as head of their government.

While that did mark a six-point rise from 2019, research company Kantar said its Reykjavik Index for Leadership showed no change in attitudes when people were asked if men and women were equally suited to leadership roles in politics and business.

“I don’t want to be full of doom… but we cannot presume that equality between men and women is going in the right direction,” Michelle Harrison, CEO of Kantar’s public division and the index’s co-founder, told the Thomson Reuters Foundation.

“We’ve made enormous progress (since the 1950s) but right now nothing is telling us that we are in an era of change. It could be the opposite,” she said, warning that the pandemic could push women into more traditional roles.

The researchers were particularly surprised to find that younger people were more prejudiced than older generations about women in high-profile roles, with the biggest differences in Britain, Germany and France.

Their study surveyed 23,000 people across the G7 – Britain, Canada, France, Germany, Italy, Japan and the United States – as well as India, Kenya and Nigeria, giving each country a ranking from 0 to 100.

Britain and Canada came top at 81, up from 73 and 77 last year, but the overall score for G7 countries remained unchanged at 73, dragged down by Italy, Japan and Germany, which fell three places to 66. Nigeria came bottom at 47.

Young men were significantly less progressive than young women in most countries, with the difference particularly pronounced in Italy and Germany.

Respondents were asked separately if they would be “very comfortable” with a woman leader.

Britain, which has had two female prime ministers, topped the list with 69% of respondents saying they would be, compared to 38% in Japan.

In the United States, where Kamala Harris will become the country’s first female vice president after Democrat Joe Biden’s election win, 62% of respondents said they would be “very comfortable” with a woman leader.

The index was launched by a group of female politicians in 2018 to look at attitudes towards women leaders in industry, government and other roles.

Examining 23 sectors, it showed people were most positive about having women leaders in media and entertainment, the sciences and economics. There was least support for women taking top roles in gaming, car manufacturing, defence and policing.