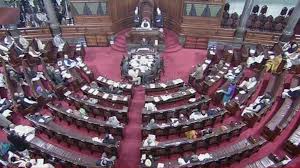 Union Minister Hardeep Singh Puri and Samajwadi Party leader Ram Gopal Yadav were among 10 candidates elected unopposed to in the biennial elections to the Rajya Sabha from Uttar Pradesh.Apart from Puri and Yadav, BJP candidates Neeraj Shekhar and Arun Singh have also been re-elected to the upper House of Parliament.
BJP leader Naresh Bansal was elected unopposed to Rajya Sabha from Uttarakhand.
While eight of the elected members in Uttar Pradesh belong to BJP, one each is from the Samajwadi Party and the BSP.
BSP’s Ramji Gautam has been elected to the upper House.