After serving his country for 30 long years 55-year-old Harbans Lal would have never imagined he would be forced to commit suicide due to Government’s flawed land acquisition policy in Jammu & Kashmir.

I had predicted on many occasions, through my write-ups, social media posts, and public lectures that farmers and affected people in J&K would be forced to commit suicide as the land acquisition policy was completely flawed. For the last 8 years, I have written almost three dozen articles on forcible land acquisition in Jammu & Kashmir. These articles have been carried by the largest circulating local dailies and magazines. On some occasions, few national and international newspapers and online media platforms have also carried my write-ups on this subject.

In Spite of the fact that central land acquisition law i.e. Right to Fair Compensation and Transparency under Land Acquisition Rehabilitation and Resettlement Act (RFCTLARR Act 2013) is applicable in Jammu & Kashmir with effect from Oct 31st 2019, Government is adamant to issue a fresh notification under this law for Srinagar and Jammu Ring Road projects.

On July 21st 2020 Sub Inspector (Retired) Harbans Lal, an ex-service-man who took voluntary retirement from paramilitary force Sashastra Seema Bal (SSB) around 2 years back committed suicide by hanging himself as his house in village Jindrah Khurd of tehsil Bishnah in district Jammu. Harbans Lal’s house along with 10 marlas of land is coming under the alignment of Jammu Ring Road project and authorities are said to have made the payment to him through an online mode. Harbans Lal’s son Sahil, aged 20, a paramedical student while speaking to me in a choked voice said that Govt deposited Rs 7 lakhs into his father’s account without even taking his consent some time back and we didn’t know what they were planning? 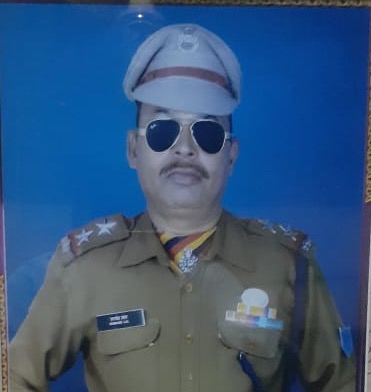 For 10 marlas of land and one storied house with a boundary wall which is equivalent to 2722 sq feet , Collector Land Acquisition Jammu prepared an award mere of Rs 11 lakhs (eleven lakh only) i.e Rs 9 lakh for house and Rs 2 lakh for the 10 marlas of land. Out of this, Rs 7 lakhs were deposited into Harbans Lal’s account.

“Our house is located in the commercial area of Bishnah and the market rate of land per kanal is Rs 2 Crore. We are entitled to get at least Rs 1 crore for 10 marlas of land and the house would cost at least Rs 30 to 40 lakhs. The Government is supposed to pay us Rs 1.40 crore or more and they are giving us mere Rs 11 lakhs, out of which Rs 7 lakh were sent into my papa’s account without even informing him. This is shameful on their part.  The Tehsildar and local SHO on the direction of  SDM  were accompanied by at least 100 policemen on Monday July 21st. It seemed as if they had come to kill a militant. We were abused and threatened. My father got mentally frustrated and very next day of the incident when I had gone to meet Tehsilsar along with my mother,  he committed suicide by hanging himself” said Sahil Kumar Harbans Lal’s son

“If governments in other states pay fair compensation to farmers and affected people under Right to Fair Compensation Law, why deny those benefits to us? If the new Land Acquisition Law is applicable to J&K from last year why not give all the Ring Road affected farmers compensation under the same law wherein affected people get 4 times more compensation than the market rate. On one hand, Govt of India claims that post abrogation of article 370 people in J&K will get benefited but my father’s suicide makes it clear that benefits that are enjoyed by people in other states and UT’s haven’t reached to us. I want justice, the officers who forced my father to commit suicide should be booked. I will continue my fight until me and my mother get justice”  Sahil Kumar added

Pertinently Sahil’s older brother Rahul 22 also committed suicide 18 months back. He was unemployed and felt frustrated when authorities were not paying his family fair compensation.  I want to ask the Revenue department officers to kindly show me a place where one can buy a new house with 1/2 kanal of land in Jammu district? Even in the mountains of Poonch or Kishtwar, you won’t be able to buy a house and land for Rs 11 lakhs? The frustration of Harbans Lal was genuine as he would always be thinking where to go and where to buy a new house?

Another ex-serviceman Havaldar (Retired) Harbans Singh who was working in Indian Army until 2001 owned 8 kanals (1 acre) of irrigated agricultural land at village Bansultan Miran Sahib in Tehsil R S Pura. That has been forcibly acquired by Govt. Harbans Singh used to grow Basmati and vegetables on this land after his retirement. The market value of the said land which is located just near Miran Sahib market was around Rs 60 to 70 lakhs per kanal when it was acquired in 2018. The Government on the other hand made a vague assessment of the land around 3 years back @ Rs 1.50 lakhs per kanal plus 15 % Solatium (Jabirana). In total Govt wanted to give this retired military man Rs 13.60 lakhs for 8 kanals. One storied building that was constructed in the 8 kanal land was also dismantled and he was asked to take Rs 2 lakhs for the same. Harbans Singh didn’t accept that amount and the Govt deposited the money in court as per the provisions of J&K Land Acquisition Act 1934 (now repealed). For the last 3 years, 70-year-old Harbans Singh is going to court but still, he hasn’t got justice. 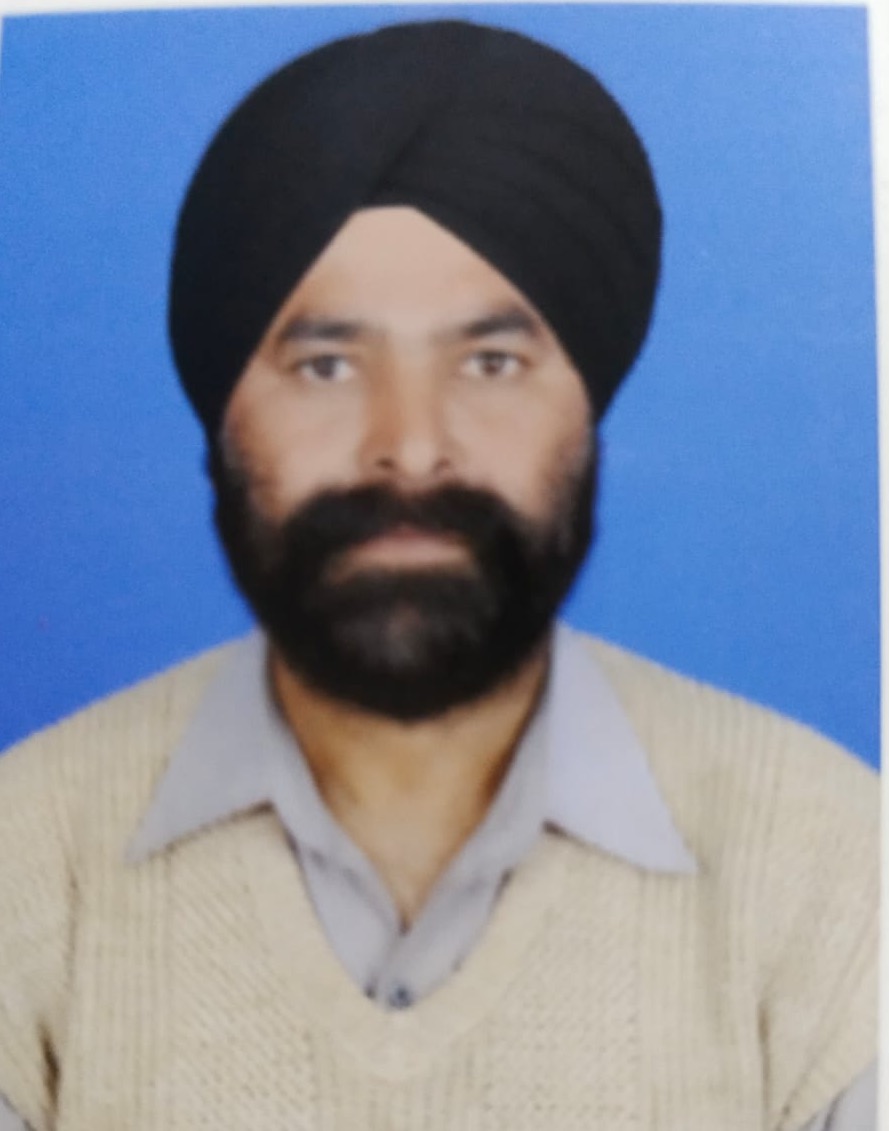 When I met Harbans Singh a few years back in his village, tears were rolling down his cheeks. He told me, he would rather commit suicide but won’t accept such a small compensation. For the last 3 years he has not been able to cultivate anything on his land. I along with some local friends consoled him and asked him to fight back legally. We are now on the job and I am hopeful that our struggle will not go in vain. In the past I had written a detailed piece explaining the ordeal of Harbans Singh and many other affected landowners of Jammu whose land was being forcibly acquired by Govt. The article titled Forcible Land acquisition in Jammu district was carried by Daily Excelsior on Dec 15th 2018. Today I am once again highlighting this issue as we lost Harbans Lal and his son Rahul. With Rs 13 or 14 lakh Harbans Singh won’t be able to even purchase ½ a kanal land in his village and on the other hand he lost  8 kanals prime irrigated land around Miransahib area of Jammu.

Where lies the fault?

On the other hand in Budgam district where some places are located just in the Srinagar outskirts , the market rate of land is Rs 1 crore per kanal while the Govt wants to acquire the land for Rs 35 lakhs only ? Luckily the land acquisition process on Srinagar Ring Road hasn’t been completed as awards in 90 % of cases have not been prepared and the affected farmers will definitely get fair compensation under central law. The Revenue Department officials who have prepared very meager stamp rates in Jammu in past should be identified and booked under law. It is actually because of their fault that people are committing suicide.

More than 3 years have elapsed since Govt issued a notification in different villages of Budgam district for Srinagar Ring Road land acquisition. Out of 68 kms long highway, not even 1 km has been completed in Kashmir region and final awards have also not been prepared. In this scenario, the Government has to declare old notification issued in 2017 as null and void because it has only 2 year validity under the repealed JK Land Acquisition Act 1934. The Government has to issue fresh notification under Right to Fair Compensation law which was not earlier applicable in J&K. In-fact Deputy Commissioner Budgam vide his official communication number DCB/LAS/20/300 -10 Dated 18.05.2020 has apprised Divisional Commissioner Kashmir that notification issued in year 2017 on various occasions especially in Budgam has lapsed due to efflux of time and this was impeding the collectorate work for land acquisition on Ring Road project. Pertinently Budgam district is the worst affected district under the Srinagar Ring Road project as more than 4700 kanals of agriculture land is going to be acquired by the Government.  Recently I along with the delegation of Ring Road Land Owners Welfare Committee (RRLOWC) had a detailed meeting with Divisional Commissioner Kashmir Mr P K Pole in Srinagar. We apprised him about the facts and urged upon him to declare earlier notification of 2017 null and void.

Due to Government’s fallacious land acquisition policy in J&K, we have lost Rahul Kumar around 2 years back, now we lost Harbans Lal, his father. The government needs to give justice to the family of late Harbans Lal. Authorities need to take action against the officials who prompted Harbans Lal to commit suicide. It is an irony that even after 10 days of the incident as nobody from the Government has come to console the family. The family should be paid due compensation and Harbans Lal’s son be given a Govt job.

On the other hand, retired Army Hawaldar Harbans Singh and many like him in Miran Sahib, R S Pura, Pritipur Bishnah, Kangrail Balwal and several other villages are waiting for justice. I would suggest Govt, declare entire land acquisition process for Jammu & Srinagar Ring Road projects null and void and a fresh notification be issued for land acquisition so that all the affected people get justice under the Right to Fair Compensation and Transparency under Land Acquisition Rehabilitation and Resettlement Act (RFCTLARR Act 2013) which is applicable in J&K from 31 st October 2019. Let Harbans Singh and other affected farmers live a respectable life and justice be done with Harbans Lal…