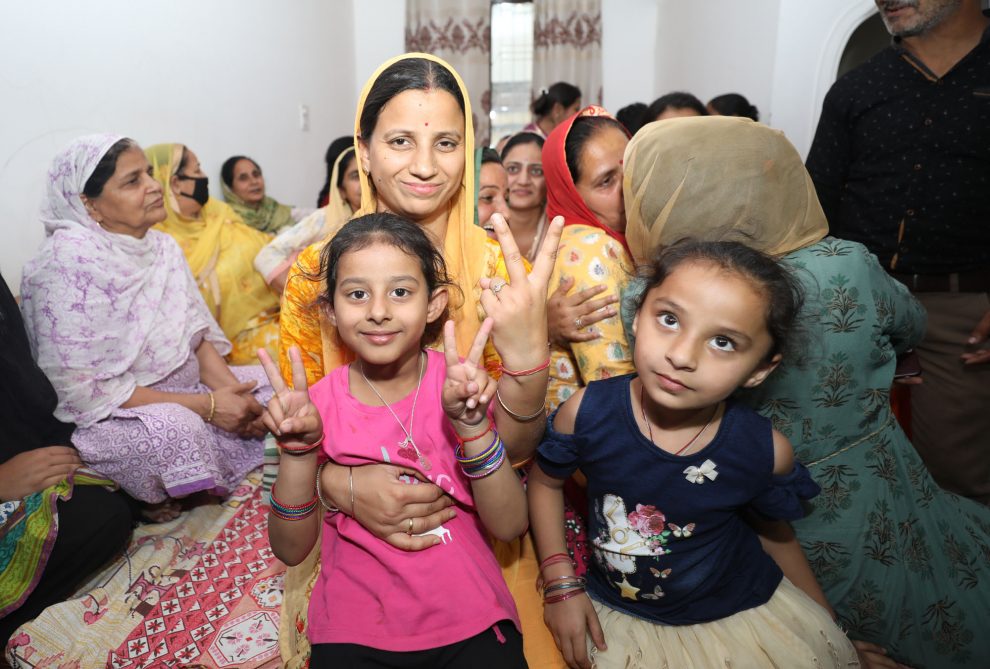 The Dispatch Staff
Add Comment
Soon neighbours joined the family in its celebrations, and cheers and chants of "Bharat Mata ki Jai" filled the air. Everyone who visited Manhas' house was greeted with sweets and smiles.

Jammu:  Days of anxious silence gave way to relief and celebration at the house of CoBRA commando Rakeshwar Singh Manhas here as the news of his release from Maoist captivity broke on Thursday.

Family members and relatives of the commando, who was abducted by Maoists after an encounter with security forces in Chhattisgarh on April 3, were moved to tears as they saw visuals of him stepping out of an ambulance on a news channel.

Soon neighbours joined the family in its celebrations, and cheers and chants of “Bharat Mata ki Jai” filled the air. Everyone who visited Manhas’ house was greeted with sweets and smiles.

“This is the happiest moment of my life. I always remained hopeful of his return and want to thank the central and Chhattisgarh governments and everybody else who stood by us during the testing time,” Manhas’ wife Meenu told reporters at their house in Burnai on the Jammu-Akhnoor road.

The commando’s five-year-old daughter Raghvi, who had made a passionate appeal for her father’s release, was seen kissing his picture on a mobile phone.

“I had prayed for my father’s release,” she said.

A police party led by a deputy superintendent of police also visited the family and offered sweets to them. The Central Reserve Police Force (CRPF), of which the Commando Battalion for Resolute Action (CoBRA) is a part, also made a phone call to the family informing them about the release of Manhas.

“We have not slept for the last four days, leave aside eating properly. We are satisfied to see him return to his camp hale and hearty. This was what all of us wanted,” said Manhas’ younger brother Sumit.

He said it was a difficult phase for the family and “we are very thankful to God that it is over now”.

According to official sources, Manhas was freed by the Maoists this evening after a team of a few eminent people, including a person from the tribal community, was nominated by the state government to secure his release.

An unverified picture shared by security officials showed Manhas wearing his green-coloured jungle combat uniform and standing with at least four “mediators” with a number of locals sitting in the forested background.

Twenty-two security personnel were killed and 31 others were injured in last week’s deadly ambush that took place along the Bijapur-Sukma district border in Chhattisgarh.