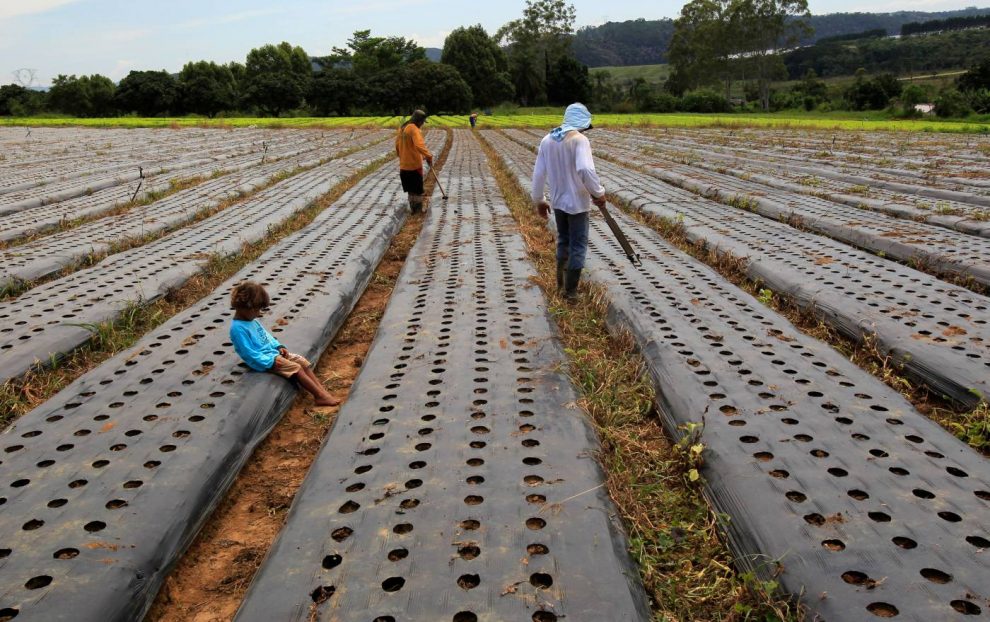 RIO DE JANEIRO: Almost half of Brazil’s 1.8 million child labourers work in dangerous conditions, government data showed on Thursday, amid efforts to convince Brazilians, including the president, that child labour is harmful.

It is the first time that Brazil’s statistics agency has collected data on dangerous forms of child labour, which include sex work, drug trafficking and handling heavy machinery.

“We have children and teenagers … handling pesticides, exposed to solar radiation, to venomous animals.”

It is illegal for children under the age of 16 to work in Brazil, except for apprentices who can start at 14 but cannot do hazardous jobs.

President Jair Bolsonaro said last year that work, at any age, brings dignity and that he began working at the age of eight, reflecting a common view in Brazil that work prevents young people getting caught up with gangs or drugs.

While about 97% of Brazilian children go to school, Thursday’s data from the national statistics agency showed only 86% of child labourers attend school, seen by child rights advocates as evidence of the harm caused by underage work.

“This shows how cheap child labor is. That’s why it’s so widespread,” said Villa Real.

The data was collected in 2019 and does not take into account the impact of the new coronavirus pandemic, which child rights experts fear has caused child labour to surge.

The figures show a 17% drop in child labour in Brazil since 2016, the last time the survey was published.

The Labour Prosecutor’s Office said this matched its experience in recent years, with reports of child labour falling by two-thirds since 2015 to 1,799 complaints received in 2020.

“This corroborates the thesis that underreporting is growing, (or the tolerance towards child labour),” it said in a statement.

The latest data will make it possible to enact new policies, said Antonio de Oliveira Lima, a labour prosecutor who works with local governments to fight child labour by raising awareness among parents, teachers and pupils in schools.

“Now, based on this data, we can update the debates (on child labour) and get to work.”