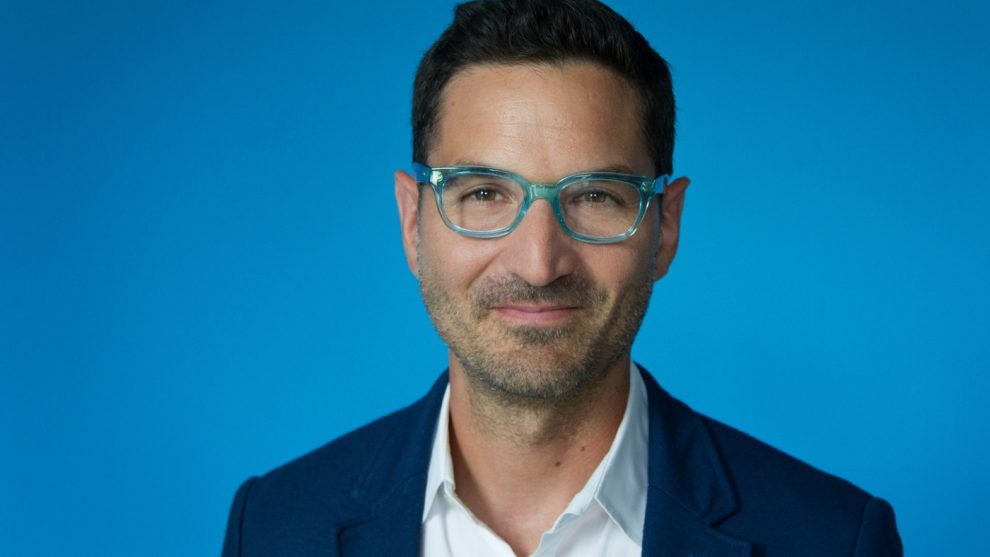 In December 2019, I had the opportunity to speak to Procter & Gamble’s marketing team about storytelling at the company’s global headquarters in Cincinnati, Ohio. P&G is a 180-yearold multinational conglomerate that owns more than sixty brands, nearly twenty of which are worth more than a billion dollars each. Judging by numbers alone, P&G has figured a few things out since its founding in 1837.

Before I spoke, I was given a tour of the sprawling downtown campus, which includes a small museum that traces the history of the company and maintains a meticulous archive of all the products that P&G has either created or acquired over the years. Moving through the exhibits, I was amazed to learn the origin stories of so many products that have become household names, most notably Crest Whitestrips and Swiffer.

Crest Whitestrips was the result of a brainstorming session between somebody who worked on Cling Wrap and somebody working in the toothpaste division after they had lunch in the P&G cafeteria one day. Swiffer began as a crude combination of a broomstick attached to a bottle of Mr Clean, with Always maxi pads affixed to the bottom — both of which are P&G products.

What is most amazing to me about these stories, and the stories of dozens of other iconic P&G brands, isn’t just that they were the products of internal innovation and collaboration, but that so few consumers know any of those fascinating details. Procter & Gamble is one of the biggest consumer packaged goods companies in the world, and yet very few people would connect them with the word “innovation.” They spend more than $1 billion a year in advertising, but neither that word nor any of these origin stories are anywhere to be found in their ads — not in print ads, not on TV, not in radio spots. Instead, P&G advertising tends to focus on utility and effectiveness. It focuses on what the products can do for you, to the virtual exclusion of how the brand relates to you. It’s a strategy that works, of course — P&G had nearly $68 billion in sales in 2019 — but it works only to a point, and only so far as the money you spend to get the word out will take you.

So, what if you don’t have a billion-dollar ad budget? Or any ad budget at all? Or you just want to spend less and be similarly effective in reaching your target consumers? This, it turns out, is what I could teach Procter & Gamble’s marketing team about storytelling: Telling your story is a more cost-effective way to take your advertising beyond usefulness and efficacy and efficiency as topics of conversation. It’s like a growth hack that enables consumers to connect to your brand in a deeper, more personal way, which is a big part of how you differentiate and de-commodify your product, create brand loyalty, and set yourself up for long-term success.

While many legacy companies struggle to see the innovation and origin stories right under their noses, it is nevertheless as true for them as it is for young upstart brands that their business is a story —  that every business is a story. The story, more than anything else, is what connects you and me and everyone out there to the thing you’re building. And every defining element of that thing you’re building, of that business, helps to tell its story. This goes from the name and the logo, to the function of the product or the style of the service, to the partners who founded it, all the way to the customers who patronize it. The purpose of that story changes with time and with whom it is being told to, but fundamentally its goal is to answer a hundred different variations on one simple question: Why?

Why should I buy your product?

Why should I join this company?

Why should I be excited to work here?

Why should I invest in this company?

These are just a few of the variations identified by Ben Horowitz, the brilliant tech entrepreneur, best-selling author, and co-founder of the venture capital firm Andreessen Horowitz. He described in 2010 how his company evaluates CEOs, whose main job, he contends, is to be “the keeper of the vision and the story.”

A few years later, in talking to Forbes, Horowitz put the role of the company’s story even more succinctly: “The story must explain at a fundamental level why you exist.” It is a story you have to tell to your customers, to investors, to employees, and ultimately to yourself. Kind of in that order, in fact — from the bottom up, like the old food pyramid or Maslow’s legendary hierarchy of needs.

One of the reasons for this approach seems pretty obvious: in most markets there are already plenty of options to choose from, so you need to give us a really compelling reason why we should choose yours. And in the cases where you’re making something no one has ever seen before, when you’re creating an entirely new market, it’s not always immediately clear what we have been missing. As such, you need to tell us why we need to choose anything new at all.

The other, slightly more complicated reason you need a terrific story is that there are so many other questions one could ask in an effort to understand why you exist, and your current answers don’t reveal very much: what you do, where you do it, how you do it, whom you do it for. Those are just discoverable facts. I can search for them on Google. I can buy market research reports. I can hire someone to reverse engineer your product or go through your process. I can read books and articles about all of it.

But the key here is: Why do you do what you do? Or, Why should we care? I can’t know the answers to those questions until you, as the founder, want me to know them, because they exist first in your mind. And like most concepts that are unquantifiable, the answers to these basic questions are usually best understood and best shared with the world through a story.

Whitney Wolfe has a story. She knows it well. To hear her tell it is to get to know her and the history of her dating app, Bumble. It is to know what she is trying to do with her app, why we should all care about it, and how it has managed to succeed despite the fact that by the end of 2014, when Bumble was launched, if there was one thing the world didn’t need any more of, it was dating apps. There was already Match.com, Plenty of Fish, OkCupid, eHarmony, and Hinge, along with all the niche sites, such as Jdate, BlackPlanet, Christian Mingle, and, way on the other end of the spectrum, SeekingArrangement and Ashley Madison.

And then there was Tinder, the behemoth, which Whitney cofounded in 2012 and had recently left under some of the worst possible circumstances not just for a co-founder but for a woman and a human being. There was both a professional and a romantic split with one of her co-founders, there was a very public sexual harassment lawsuit, and there was an avalanche of despicably hurtful online vitriol aimed directly at her. By the time she left Tinder in early 2014, Whitney wasn’t just done with the dating business, she was done, period.

“I was at the very bottom of my barrel,” Whitney told me in our 2017 interview. “There were days where I didn’t want to live. I didn’t want to get out of bed. I wanted to die.” Whitney wasn’t even twentyfive years old at the time, and the internet had utterly broken her.

All this begs the questions: Why another online business? Why another dating app? And why so soon?

Well, part of the agony that Whitney was feeling was this nagging sense that her story wasn’t unique. It was much bigger than herself, bigger than Tinder, bigger even than dating as an industry. There was a real problem out there with a lack of online accountability, and whatever she may have gone through — however horrible it might have been — what was even worse to her was that thirteen-year-old girls were seeing all of this on their phones all day, every day.

“And it scared me,” she said. “So I sat down and said, ‘I can start something right now. And I can change what I hate that I see in the world.’ ”

Originally, her new idea had nothing to do with dating. It was a female-only social network that she called Merci, where women could use only compliments to respond to one another’s posts and messages. “I really wanted to build this platform that was rooted in kindness and positive behavior,” she said. “The antidote to what I experienced online.”

She’d gotten as far as a fully fleshed-out marketing plan — marketing was Whitney’s expertise — when in July 2014 she was approached by Andrey Andreev, the London-based entrepreneur who had built a number of successful companies by this time, including Badoo, the world’s most popular dating site outside of the United States. Andrey wanted to hire Whitney to be Badoo’s chief marketing officer, which was a nonstarter as far as Whitney was concerned.

“That’s just off the table,” she told him. “I don’t want to touch a dating app. That’s not going to be my future. I’m going to start my own business, and I want it to be mission driven, and I want it to be impactful, and I don’t want it to be in dating.” So she pitched him her idea instead. She laid out the whole vision for Merci and answered each of the tough questions you’d expect from a successful entrepreneur and startup investor like Andreev. Whitney remembered that with each answer she gave, it was clear Andreev could sense her passion for her idea and her commitment to its mission, which was heartening.

Excerpted with permission from How I Built This: The Unexpected Paths to Success from the World’s Most Inspiring Entrepreneurs, Guy Raz, PanMacmillan. Read more about the book here and buy it here.

Tagsentrepreneurship Guy Raz How I Built This NPR PanMacmillan Podcast