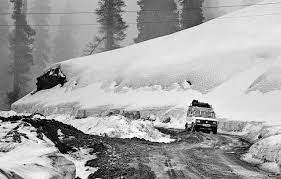 GUREZ: Days after reopening, the administration on Tuesday has decided to close Bandipora—Gurez road till futher orders in north Kashmir’s Bandipora district.

However, it was not immediately known why the instructions were passed by the authorities.

On last Saturday, the authorities allowed one-way traffic movement on 85–km long Bandipora-Gurez, after it remained closed for the winter months due to accumulation of heavy snow.

Pertinently, the Gurez area remains cut off from the rest of the Kashmir valley for winter months due to the accumulation of snow on the road—(KNO)