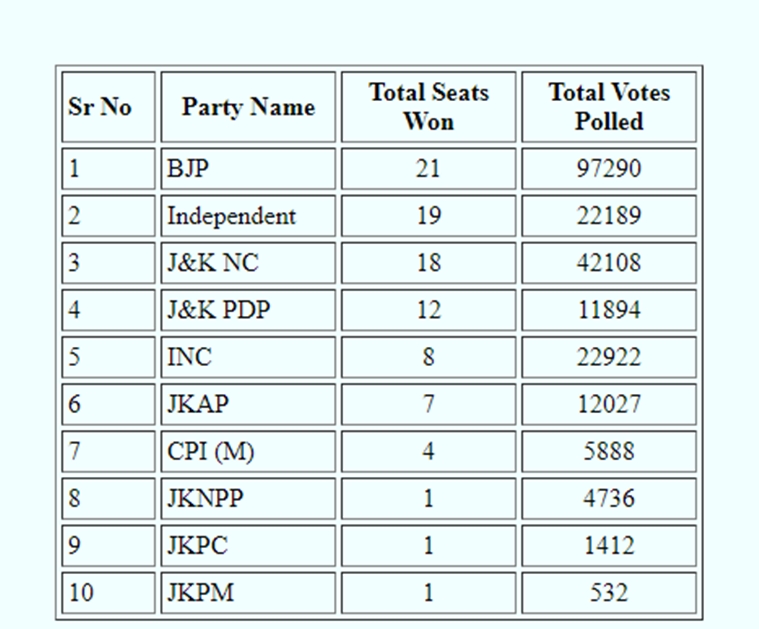 Jammu:  The leads in the District Development Council (DDC) polls show that the People’s Alliance for Gupkar Declaration (PAGD) is set to win the majority of the seats in Kashmir valley as the Centre backed Jammu and Kashmir Apni Party has failed to make a mark. Of the leads so far, the PAGD alliance is leading in 71 seats and has won 25 so far whereas the BJP is leading in 48 and has won eight seats till now. The Congress is leading in 19 seats and had bagged four seats so far.

Meanwhile, in accordance with expectations, the BJP is leading in the Jammu division. The party has also won two seats in Kashmir valley– one in Srinagar and one in Tulail seat in Bandipora district.

Seven political parties, including the National Conference and the Peoples Democratic Party, contested the polls in an alliance, under the banner of the Peoples Alliance for Gupkar Declaration (PAGD) formed for restoration of Article 370. The Congress was initially a part of the PAGD but distanced itself when the BJP targeted the opposition party for being in league with the ‘Gupkar Gang’. The elections will decide the fate of nearly 2,181 candidates for the 280 DDC seats in Jammu and Kashmir. The elections, held in eight phases, began on November 28 and ended on December 19.