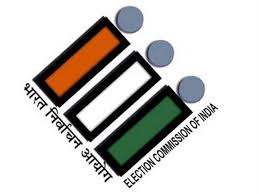 In Gujarat, poll campaigning for by-elections in 8 assembly seats ended last evening. Polling will be held tomorrow, while counting of votes will be held on 10th November.

Polling will be held from 7 AM to 6 PM.  More than 18 lakh 17 thousand voters including 9 lakh 3 thousand 353 women and 34 third gender voters are eligible to use their franchise during tomorrow’s polling. All 8 seats were vacated following the resignations of Congress MLAs early this year during the Rajya sabha elections.