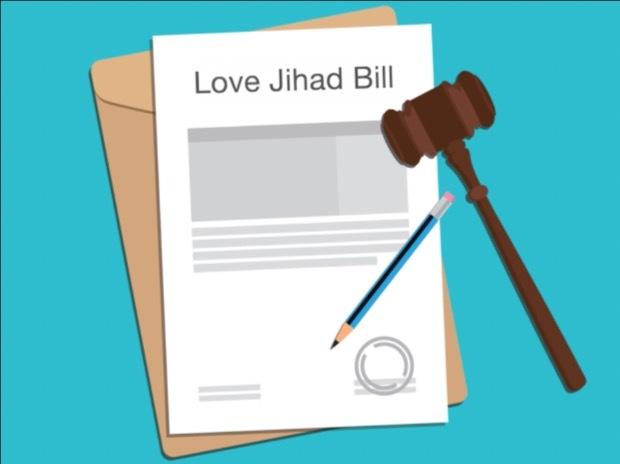 The Gujarat Assembly on Thursday passed a bill to amend the Freedom of Religion Act, 2003, and penalise “forcible or fraudulent religious conversion by marriage”.

Gujarat has become the third state after Uttar Pradesh and Madhya Pradesh to pass such legislation against forcible conversion through marriage.  The Assembly passed the Freedom of Religion Amendment Bill 2021 by a majority, after Minister of State for Home Affairs Pradipsinh Jadeja introduced the bill.

Protesting against the bill, Congress MLA Imran Khedawala tore up the bill. As soon as the bill was torn down, Pradipsinh Jadeja demanded strict action against Khedawala. Khedawala lamented in the House that “my society was being targeted which was not appropriate”.

Jadeja spoke for an hour and eleven minutes while introducing the bill. He said that such laws existed in other countries of the world and in some states of India. While introducing the bill in the House, Jadeja said that Hindu society considers the daughter as someone to care for. He said a daughter should not be allowed to fall into the hands of jihadis. “We have brought a law to save our daughters from falling into the hands of butchers. The bill will be brought today based on various representations by society. The state government has decided to work hard against these jihadi elements who have the mentality of converting Hindu girls in the name of love jihad, marrying them and making the lives of many daughters hell. We are bringing this law to prevent this.” Citing a church report in Kerala, Jadeja said the girls were also being used in jihadi and terrorist activities after conversion.

“Myanmar, Nepal, Sri Lanka and Pakistan also have laws in which there is a different provision of punishment. The state government has decided to work hard against these jihadi elements who have converted Hindu girls in the name of love jihad, tied the knot with them and made the lives of many daughters hell.”