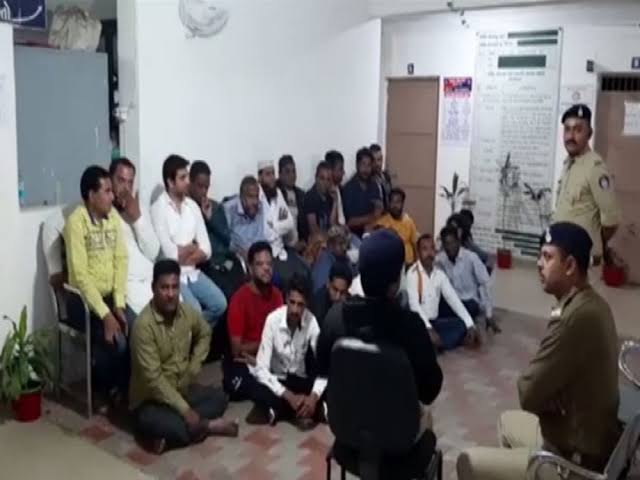 In a bid to maintain law and order, Ahmedabad Police detained 49 people including Congress Corporator Shehzad Khan in connection with the violence during protests against the Citizenship (Amendment) Act.
These people were detained amid protests against CAA on December 19. Nineteen police personnel were injured in violence in Shah Alam area during protests against the CAA in the city on Thursday.
Gujarat Home Minister Pradipsinh Jadeja had said that two clashes took place in Ahmedabad and about 50 people have been arrested.
“There have been only two incidents of clashes which took place in Ahmedabad. There is peace all over Gujarat. Till now around 50 people have been arrested. We will check video footage and find out who is involved in the violence and will take strict action against them,” Jadeja said.
Protests have erupted across the country over the amended Citizenship Act, which grants citizenship to Hindus, Sikhs, Jains, Parsis, Buddhists and Christians fleeing religious persecution from Pakistan, Afghanistan and Bangladesh that came to India on or before December 31, 2014.