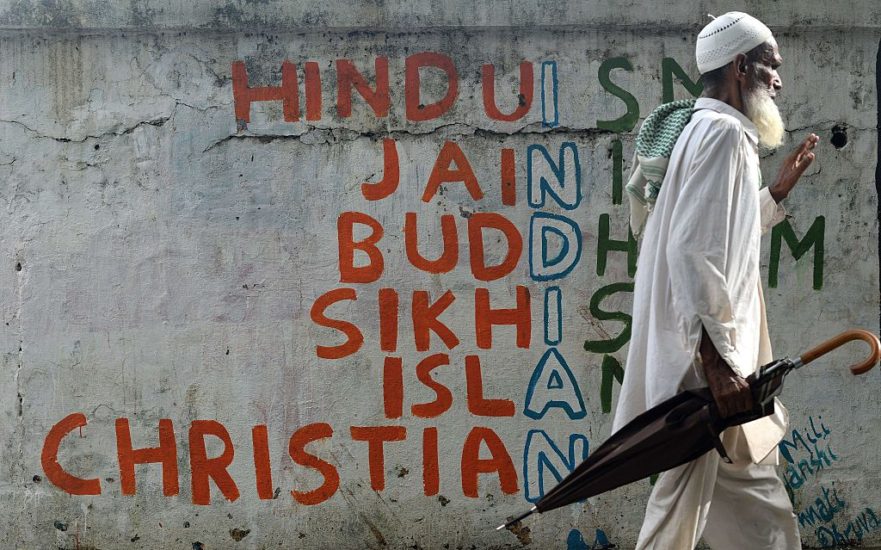 “Placing individual ideologies before national good is wrong,” asserted Prime Minister Modi last week. He is dead one. “National interest takes precedence over one’s ideology”, he added. Unquestioningly. Equally, democracy is a conflict of interests masquerading as a contest of principles. An adage which nails our leaders angst when it comes to their reactions on ‘anti–national’ speeches depending on which side of the liberal-bigoted divide they are.  Leaving one wondering why we are so touchy!

Think, over the last two months alone over six cases have been filed under Section 124A of the Indian Penal Code (IPC) nee sedition. A Kerala journalist was accused of sedition and arrested on the way to UP’S Hathras to report gangrape of a Dalit teen on the fallacious ground of being part of an ‘international’ conspiracy to defame the Yogi Government.

Ditto in Gujarat whereby the CID nailed a journalist for writing an article suggesting Chief Minister Rupani might be replaced over his failure to handle the pandemic in the State. He was let-off after tendering an unconditional apology. The Jharkhand Government slapped a sedition case against State BJP Chief and Rajya Sabha MP Deepak Prakash for trying to destabilise the JMM-Congress regime by tweeting they would form the  Government.

The Delhi Police booked ex-JNU Muslim scholar Umar Khalid and other Left-wing activists for “meticulously planning” the February riots to disrupt US President Donald Trump’s State visit and bring a bad name to the BJP Sarkar on the bases of books on riots, some pamphlets and a few WhatsApp chats. Sic.

Earlier, seven sedition cases were filed notably, against Left-wing and Muslim activists for rising slogans against CAA-NRC “Pakistan Zindabad…We have to take Azadi by force. Remember, 15 crore hain lekin 100 crore pe bhari hain” … we have to cut Assam off India. Alongside insulting posts against Modi “he licked the boots of the British” and “believes in Goebbels.”

Certainly, one can argue the speeches and actions were in bad taste, but in no way do they warrant arrest under sedition. The law is explicit: Any signs, visible representations, or words, spoken or written, that can cause “hatred or contempt, or excite or attempt to excite disaffection” towards the Government. It is only slapped in cases of a severe, intense, desperate crime where one takes up arms to threaten the legitimacy of a regime.

Questionably, how does criticizing the Government or a belief be considered anti-national or tantamount to spreading “hatred”? By doing so does it not make a mockery of the concept of a “nation” built on the values of democracy? Are we so paranoid or intolerant that any outpouring is viewed as a threat to the nation, the Constitution or the Government? Is the polity afraid of a clash of ideas in our public life? Should this become litmus of one’s patriotism?’

Is the Government, Centre or State crushing free expression, suppressing dissent? Have we lost the ability to accept criticism? Bordering on a narcissist phobia? Is it mere coincidence or a sign of an increasingly knee-jerk, reactionary country where one is forced to go public about a frown, removal from job or punishment?

Obversely, does criticism of Government or leader connotate putting a person behind bars? Is this the Government’s way of teaching us a lesson in rashtra prem and desh bhakti? Do we want to produce robots who only act at the command of what their leaders and chela thinkers, benefactors and wealth creators’ desire?

Worse, some States like Assam and Jharkhand are emerging as sedition hotspots with 37 sedition cases each, accounting for 32% of all sedition cases between 2014-2018. Yet when it comes to conviction, the rate is abysmally low. Last year 10% cases were closed primarily, because of insufficient evidence or because the accused was untraceable. Chargesheets were filed in only 17% cases and the conviction rate was a mere 3.3%, only four of 43 cases where trial was completed in five years. In fact, the NIA is struggling to find evidence against those currently under arrest.

However, a low conviction rate of sedition offences is no reason to rejoice given the frequency of arbitrary arrests and pre-trial detentions. For even if a person is acquitted, the process itself is a punishment as he invariably spends long periods in prison and is lynched on social  media. Moreover, judges are reluctant to give bail unless they have “reasonable grounds to believe” that the accused is not guilty.

Clearly, the speed with which our tolerance is falling to fragile levels is scary. Said former Supreme Court judge Madan Lokur, “The State is using sedition as an iron hand to curb free speech in an overreaction to people’s opinion. Suddenly you have a lot of cases charging people with sedition. A common citizen who says something is charged. Already 70 cases of sedition have been seen this year. Another method by which the State is curbing free speech is to crack down on critical opinions by charging them of spreading fake news.”

What next? In a mammoth one billion plus country there would be a billion views and one cannot curtail people’s fundamental rights. So do we pander to rabble rousers or muzzle their voices. Notably, no licence should be given to anyone to spread hatred or the perilous implications of their insidious out-pourings. They need to realise a nation is primarily a fusion of minds and hearts and secondarily a geographical entity.

Alongside, our netas need to see how leaders world-wide are more tolerant about what’s written or depicted about them. Two classic examples of political freedom are US President Trump who is mercilessly satirized globally and former Italian millionaire-playboy-PM Berlusconi. In UK and France people take a lot of liberties vis-à-vis their rulers.

Remember, democracy is not just a system of Government, it is a way in which evolved and civilised societies organise themselves; within which people live and interact with one another; based on the values of liberty, equality and fraternity. And criticism is a sign of a thriving and robust democracy. At the same time we need to desist from acerbic and speeches which spew hatred and narrow-mindedness. At some point we need to realize that coercion has a thousand fathers, while liberty is an orphan. As George Orwell said, if liberty means anything at all, it means the right to tell people what they do not want to hear. The message has to go out clearly that no person, group or organization can threaten hatred or violence, and if they do, they lose their democratic right to be heard. India could do without netas who distorts politics and in turn destroys democracy and laughter.

Modi Magic in Bihar: Will it last till next polls?
3rd Stimulus Package: Ease taxes, prices instead
Comment