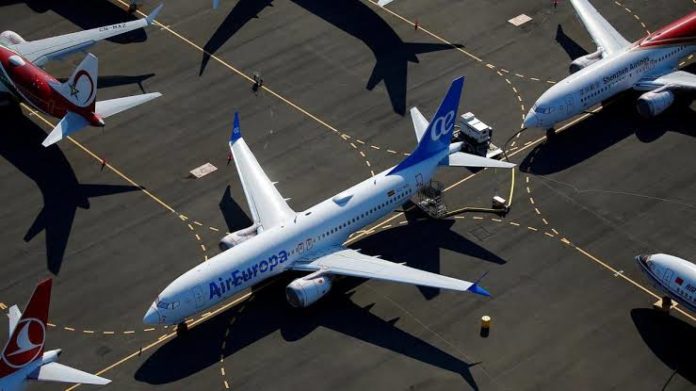 Aerospace giant Boeing Company’s vice president, Darren Hulst on Wednesday said that the grounded 737 Max aircraft is set to return to service soon.
The aircraft came under scrutiny following two deadly plane crashes in Indonesia and Ethiopia within six months that claimed the lives of more than 346 people. “We think the aircraft will be back in the air this year or next year.”
On being asked how he will convince the passengers to fly in the aircraft after the incidents, he said, “Boeing is concerned about their safety. Currently, 737 Max is grounded but we have 800 test flights on the new technology and are in touch with US regulator FAA and safety regulators across the world.”
“737 Max incidents have impacted us. It has impacted every single person of the Boeing company. We will also contact the pilot community to ensure the safety of passengers,” he added.