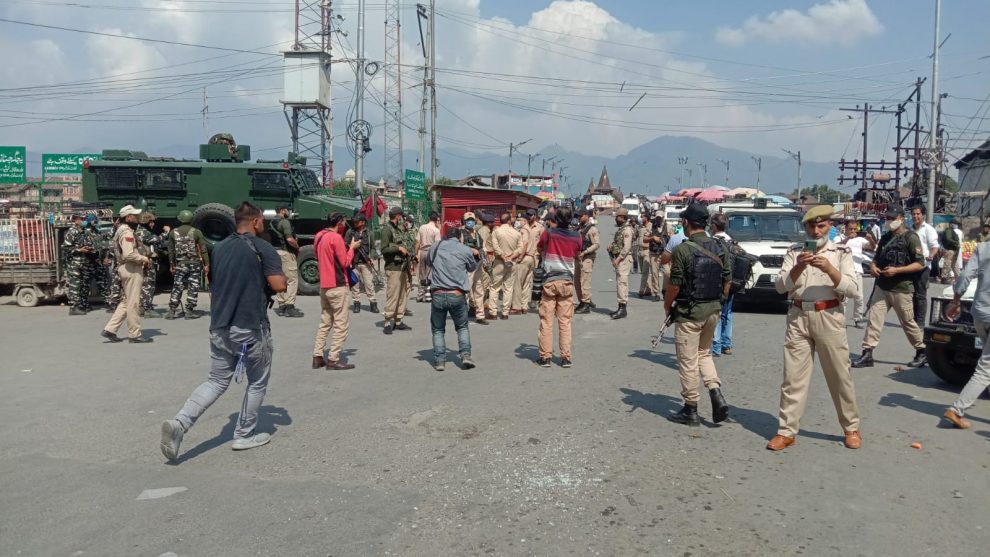 They said two women among ten civilians have sustained injuries, adding that they were shifted to SMHS hospital for treatment. “The area has been cordoned off to nab the attackers,” they said.

Meanwhile, Kishore Prasad, DIG CRPF for Central Kashmir told reporters that the militants targeted the SSB party by hurling the grenade that exploded on the road. “Some civilians have received minor injuries. The area has been cordoned off and searches are going on,” he said—(KNO)