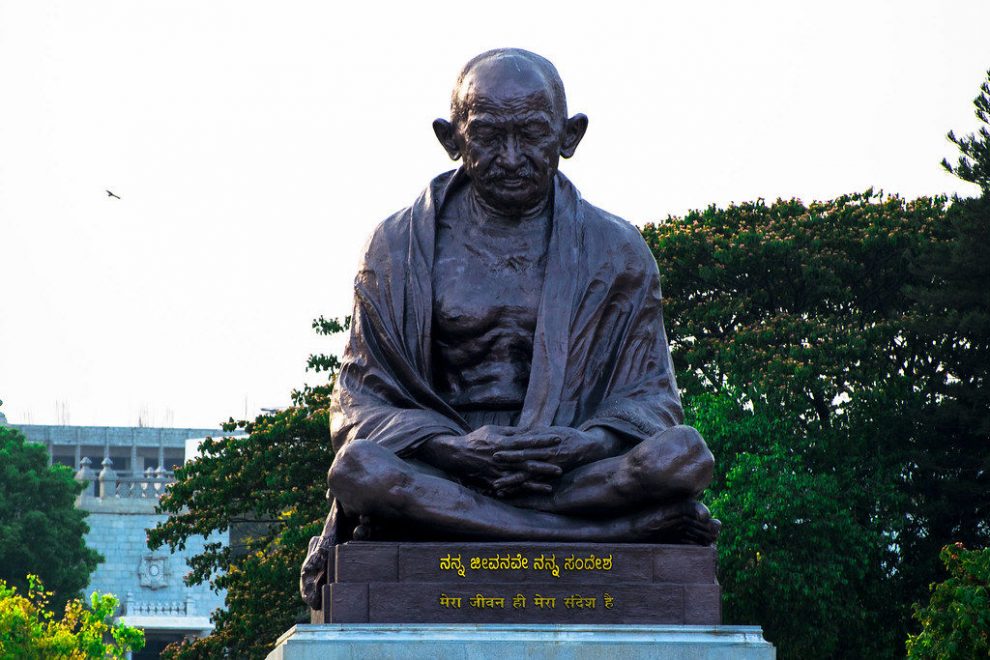 Mayor of Antananarivo Naina Andriantsitohaina and India’s Ambassador to Madagascar Abhay Kumar inaugurated the green space on Wednesday at a special ceremony in Madagascar’s capital Antananarivo.

The ceremony was attended by members of local government, diplomatic corps, heads of international organisations and members of the Indian diaspora, to mark Azadi ka Amrit Mahotsav’ celebrations.

Speaking on the occasion, Andriantsitohaina voiced appreciation for efforts by the Embassy in greening the area, saying it meets the objective of the Urban Municipality of Antananarivo to create the maximum green space in the capital city of Madagascar, according to a press release by the Embassy.

Kumar said Gandhi was the greatest Pravasi who returned to India from South Africa, led India’s freedom struggle and changed the lives of Indians forever.

He added that Madagascar has a large diaspora from the Indian state of Gujarat and it is fitting that a green triangle named after Gandhi, who hailed from Porbandar in the state, is being unveiled in the capital of Madagascar.

Kumar cited Gandhi’s famous quote that the earth provides enough to satisfy every man’s needs but not every man’s greed and said the new green space highlights Gandhi’s vision and philosophy when it comes to reducing consumerism, respecting nature and aiming for sustainable development.

The word green in the plaque signifies our commitment to sustainable development and saving the environment, Kumar said adding that the triangle will help raise awareness among the people about Gandhi’s values of peace and non-violence.

Kumar also presented postal stamps on Gandhi to the Mayor, issued by the Malagasy Post to mark celebrations of the 150th birth anniversary of Mahatma Gandhi in 2019.

Last week, the Embassy of India in Antananarivo had organised a special ceremony to unveil the plaque of Vasudhaiva Kutumbakam in the Embassy premises as part of the Azadi ka Amrit Mahotsav’ celebrations.

The plaque was unveiled through lightning of lamp by Madagascar’s Minister of Communication and Culture Lalatiana Rakotondrazafy Andriatongarivo and Kumar along with other Ambassadors, heads of global organizations and members of the Indian Diaspora in Madagascar.

Kumar highlighted that Vasudhaiva Kutumbakam, the whole earth is one family, is one of the core philosophies of Indian civilisation, according to a press release by the Embassy.

Andriatongarivo added that two years into the COVID19 pandemic, when everything seems to separate us, what could be more fundamental than to speak of unity.

Andriatongarivo said that the concept of Vasudhaiva Kutumbakam fits perfectly with one of the civic education programs initiated by the Ministry of Communication and Culture Iray ihany isika’ (we are one). She added that Vasudhaiva Kutumbakam is a universal philosophy that we can fully share and propagate .