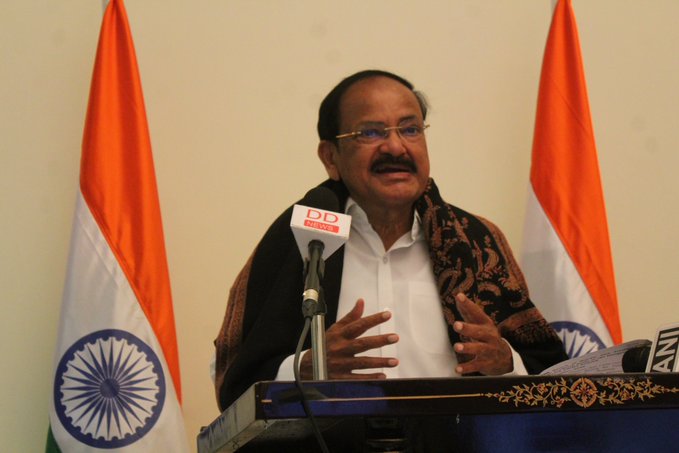 He called for balance between economic development and environmental protection.

Mr Naidu emphasised the need to promote green building concept by both the private sector and the government.

Noting that “Atmanirbhar Bharat Abhiyaan” envisions making India self-reliant in all spheres, the Vice President re-emphasised the need for sustainable development and wanted awareness to be increased among the people in this regard.

Calling buildings as one of the major contributors of greenhouse gas emissions, Mr  Naidu said that there is a need for concerted and coordinated efforts from all stakeholders to ensure that the buildings are environment-friendly and energy and  resource-efficient.

Noting that least half of the country’s population will live in towns and cities by 2050, the Vice President said that this will create a lot of pressure on housing sector and green solutions will have to be developed to meet the emerging needs.