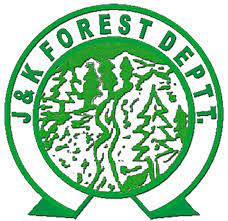 SRINAGAR: The authorities in J&K couldn’t execute most of the infrastructure works approved under the CAMPA scheme during the last fiscal due to delays in administrative approval, technical sanction and poor response to tendering.

Documents suggest that the matter came up for discussion during the meetings held by the Forest department in the first week of April to review progress made under CAMPA scheme during fiscal 2021-22.

As per the record note of these meetings, most of the infrastructure works in the annual plan of operations (APO) couldn’t be executed due to too much delay in grant of administrative approval, technical sanction and floating of tenders.

“In several cases, tenders had to be floated more than 3 times and despite that no bids were received. Further, in several cases, successful bidders did not execute the project, primarily due to poor understanding of nature and quantity of works,” reads the record note.

These meetings were chaired by the Principal Chief Conservator of Forests (PCCF) on April 5, 6 and 7 to review CAMPA works approved in 2021-22.

These meetings also discussed measures to avoid a similar situations in future. The record note of these meetings reveals that officials of the Forest department were directed to ensure that administrative approval/ technical sanction of all approved works under the CAMPA is granted by the end of April.

The officials were also directed that all works under the scheme shall be awarded by the end of May.

“Progress in this regard shall be monitored by APCCF/CCF for implementing agencies under their administrative control and reported to CAMPA secretariat,” the record note states—(KNO)

NGT seeks report on plea against operation of stone crushers in Rajouri
CRPF man dies in Pulwama, cause of death being ascertained: Official
Comment