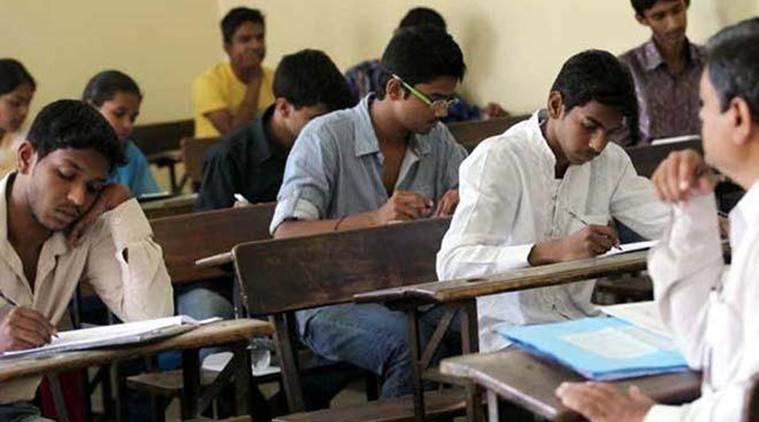 Jammu: A Bench of the Central Administrative Tribunal holds that above 10+ 2 will not be eligible for Class-IV posts.

While upholding the condition No. 6 (iii) of the Advertisement notice No. 01 of 2020 dated 26.06.2020 whereby Advertisement prescribes the criteria for direct recruitment to said post as “Minimum Matric and Maximum 10 + 2”issued by JKSSB, A Bench of Central Administrative Tribunal Comprising Judicial Member Rakesh Sagar Jain and Administrative Member Anand Mathur observed that In the present case, prescribing the eligibility criteria/educational qualification that a graduate candidate shall not be eligible and the candidate must have passed 12th standard is justified and as observed hereinabove, it is a conscious decision taken by the Bank which is in force since 2008. Therefore, the High Court has clearly erred in directing the appellant Bank to allow the respondent -original writ petitioner to discharge his duties as a Peon, though he as such was not eligible as per the eligibility criteria/educational qualification mentioned in the advertisement.”

CAT further observed that the Government by way of Special Recruitment Rules and SRO 99 of 2008 which is Statutory law has prescribed a standard of minimum and maximum educational criteria which finds mention in the instant Advertisement notice and it further provides that no candidate having qualification other than prescribed shall be eligible for Class IV posts. In view of the settled law, looking to the nature of the post and administrative exigencies, it is for the Government (employer) to settle the qualifications for a post and not for the Tribunal to consider and dislodge the criteria prescribed by the employer (Government) unless it is violative of law.

CAT further observed that in the present case, the contention of the applicants that a candidate, possessing a Graduate/ Post Graduate degree, which includes within itself 10 + 2 qualification, cannot be excluded by the respondents from the zone of eligibility for the Class IV posts, has no force of law and to be rejected in view of the law down by the Full Bench in the case of Chief Manager, Punjab National Bank and the Statutory rules. It is the clear intention of the Government to ensure that only candidates having a maximum educational of 10 + 2 are eligible to apply. Had the intention of the Government to lay the class IV posts, free and open to all persons having educational qualification more than 10 + 2, there would be no need to mention a maximum qualification. It is the prerogative of the user department to stipulate the qualifications for the posts, in their establishment. The concerned authority has its own purpose or objective in prescribing qualifications of a particular description, for the concerned post. Once the qualifications prescribed in the advertisement are treated as essential, there is no way to ignore them and the Tribunal cannot in judicial review interfere with it unless it is made out to be violative of the Constitution.

CAT further observed that it is categorically held by the  Apex Court that it is the prerogative of the concerned department to prescribe the qualifications and the Courts cannot enter the arena of judging the efficacy of the eligibility criteria. Therefore, in exercise of its jurisdiction, the prescription of maximum 10 + 2 criteria made by the Government for appointment to the post in question cannot be expanded by this Tribunal to include candidates having higher qualification than 12 + 2. CAT further observed that such matters, as observed above, are in the exclusive domain of the employer or the Government being a policy matter, the scope of which cannot be enlarged by this Tribunal.

The applicants seek quashing of condition No. 6 (iii) of the Advertisement notice No. 01 of 2020 dated 22.06.2020. Advertisement prescribes the criteria for direct recruitment to said post as “Minimum Matric and Maximum 10 + 2”. As per Condition 6 (iii), any candidate having qualification other than prescribed shall not be eligible for Class IV posts. It is the case of applicants that their applications have been rejected ostensibly on the ground that they have educational qualification which is higher than 10 + 2, so, the applicants seek quashing of aforementioned condition and to direct the respondents to accept and consider their candidature for the Class IV posts.

In the objections, respondents have averred that prescribing the qualification, criteria etc for post lies within the exclusive domain of the State, since the criteria is fixed taking into consideration various inputs and judicial review must tread warily. On indent from GAD, the SSRB advertised recruitment for Class IV posts in terms of Jammu and Kashmir Appointment to Class-IV (Special Recruitment) Rules, 2020, notified vide S.O. 184 of 2020 dated 04.06.2020 (hereinafter referred to as ‘Special Recruitment Rules’). It has been further averred in the objections that the posts have been advertised in the Advertisement Notification No. 01 of 2020 dated 26.06.2020 strictly, as per, the eligibility conditions contained in the Special Recruitment Rules as well as SRO 99 of 2008 dated 07.04.2008 and keeping in view the man-power/job requirement of the Government and any candidate including the applicants who possess higher educational qualifications are rendered ineligible for competing against these posts.  Therefore, the O.A. being meritless deserves to be dismissed.

CAT after hearing Sr. Adv Altaf Haqani assisted by Adv Shakir Haqani for the petitioners whereas AAG Amit Gupta for the respondents observed that counsel for applicant referred to opinion of Law Department and GAD which finds mention in Annexure A4 to the O.A.  that ‘Department is advised that higher qualification can not be a bar for applying for the post. Barring higher qualifications is illegal and a violation of constitutional rights.”

CAT observed that as far as the aforementioned opinion of law department and GAD is concerned, we find it difficult to accept the same in the instant case as it is incongruent with the judgement of the Apex Court. With these observations, CAT refused to quash condition No. 6 (iii) of the Advertisement notice No. 01 of 2020 dated 26.06.2020 issued by JKSSB.