Home Newsfeed Govt to take a day or two more to announce name of... 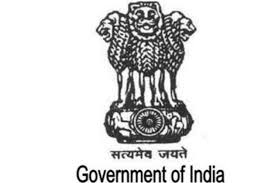 The government is expected to take a day or two more for announcing the name of the first Chief of Defence Staff (CDS), sources said.According to sources, the Appointments Committee of Cabinet will consider the names of panel of military officers for the post of CDS. Army chief General Bipin Rawat’s name is also on the list.Earlier on Tuesday, the government announced the creation of the post of Chief of Defence Staff which will fall under the ambit of the Department of Military Affairs.

The CDS appointed by the Narendra Modi government, will facilitate the restructuring of military commands of the armed forces and create the required jointness among them to establish the theatre commands in future.”The Department of Military Affairs under the CDS will facilitate the restructuring of military commands for optimal utilisation of resources by bringing about jointness in operations, including through the establishment of joint/theatre commands,”

“CDS will not exercise any military command, including over the three Service Chiefs. CDS post would be held by a four-star General and he would not be eligible to hold any Government office after demitting the office of CDS. He will also not hold any private employment without prior approval for a period of five years after demitting the office of CDS,” the sources said.