Home Newsfeed Govt raises limit for use of SDRF funds by states from 35... 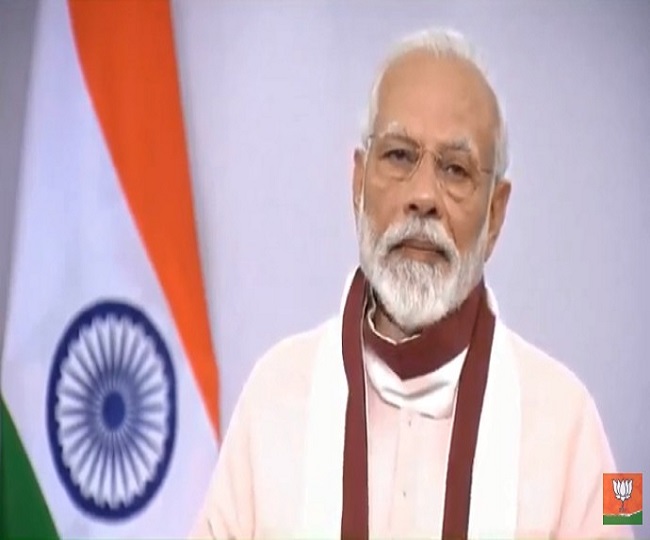 Prime Minister Narendra Modi has announced that the limit of using the State Disaster Response Fund for COVID specific infrastructure has been increased from 35 per cent to 50 per cent. He said, the decision will help States have more finances at their disposal to fight the virus.

Interacting with Chief Ministers of six states and one Union Territory through video conference, Mr Modi said, there is a need to further strengthen health infrastructure to tackle COVID. These States and UTs are Andhra Pradesh, Maharashtra, Karnataka, Punjab, Tamil Nadu, Uttar Pradesh and Delhi. He reviewed the status and preparedness of COVID response and management. More than 63 per cent of the active cases of the country are concentrated in these six States and a Union Territory.

Prime Minister underlined the importance of ensuring smooth movement of goods and services between States. He noted the difficulties faced by some States recently in procuring oxygen supply, adding that ensuring availability of medical oxygen is of utmost importance. He also talked about facilitating movement to ensure availability of medicines across States.

The Chief Ministers appreciated the leadership of the Prime Minister during this crisis period. They gave feedback to the Prime Minister about the situation on the ground, talked about the challenges being faced by their States in controlling the spread of the virus and the preparation done till now to meet the expanding challenges by ramping up health infrastructure.