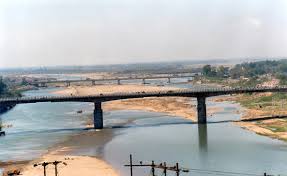 During the meeting, the CEO of Jammu Smart City Limited (JSCL) presented a detailed report on the various initiatives taken by the Special Purpose Vehicle (SPV) for the project. She gave a brief history of the JSCL which was one amongst 100 cities selected by the Union Government, Ministry of Housing and Urban Affairs (MoHUA) in the 3rd round of the Smart City Mission.

The CEO JSCL briefed the chair about the projects completed so far, under the implementation stage, and the ones likely to be started soon.

The Projects which are tendered included Road improvement from Dogra Chowk to KC Chowk, Community/ Public Toilets (12), Modern Abattoir with the waste management system, Biomining, and remediation of legacy waste.

The projects scheduled to be rolled out in the next two months and projects in the feasibility stage were also discussed during the meeting.

While chairing the meeting, the Principal Secretary to Lt Governor called upon all the stakeholders to put in concerted efforts to make the Solid Waste Management under the ongoing Swachh Bharat Mission a success.

“An Information Education Communication (IEC) initiative needs to be undertaken to sensitise and educate the citizens about the benefits and need for segregation of waste at source, a habit, which is the steppingstone for a robust Solid Waste Management program,” he said.

He also called for gathering feedback from the end-users of the Smart Power metering initiative for its effective implementation.

The Principal Secretary emphasized the need to examine the feasibility of adding a Light and Sound Show at the Mubarak Mandi Complex, where the facade improvement and illumination works are already in progress.

He further asked the concerned departments and the executing agencies to explore the possibility of underground ducting for shifting of overhead public utilities in the entire city; starting initially from the proposed heritage trail, besides provision for Battery Operated vehicles to reduce vehicular pollution in the heritage trail, Bhour Camp and between Bus Stand parking to Raghunath Bazar to improve footfall on the heritage trail.

He instructed to hold a special meeting of concerned departments to discuss utility shifting.

The Principal Secretary further stressed upon the need for a CRAFT HAAT as a tourist magnet as well as an avenue to generate employment opportunities for the local artisans and craftsmen.

He directed JKEDA to explore the possibility of installing solar lights on all feasible sites as well as considering solar power as the power source for the existing lights on all bridges across River Tawi.

All the line departments were directed to submit their proposals for budget allocation for the projects being led by them under the JSCL so that there is no loss in momentum.