Home Newsfeed Govt is working with states, local bodies to make it easier to... 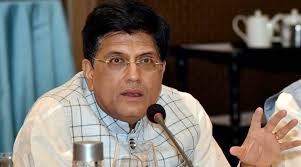 The Government is working with states and local bodies to deregulate and make it easier to start a business, said Union Minister of Commerce and Industry Piyush Goyal adding that India’s own ease of doing business ranking has improved significantly in five years.

Goyal said this while addressing students of the Indian Institute of Foreign Trade through virtual interaction on Thursday.Talking about India’s mammoth potential, Goyal said that the real unique selling point of India should be around High Quality, Good Service and Good Pricing.

“India should get recognised the world over for its quality and competitiveness. Quality will have to be integral for the planning of our future. We believe in transparent pricing, transparent trade, free market, no price controls, and no hidden subsidies,” he said.

Explaining the concept of Aatmanirbhar Bharat, Goyal said that it is not about closing India’s doors to international trade and engagement. “In fact, it is about opening it wider looking for greater engagement in global trade. Now India has to engage with global economies from a position of strength with highly cost-competitive products of high quality,” he added.

On India being a huge and much-sought after market, the Minister said, “It’s a market that businesses around the world want to engage with. The businesses will not only get a large Indian market but can also leverage this market to get economies of scale. Trading relations between two countries rest on the pedestal of high reciprocity and equilibrium. More and more countries are moving towards balanced trade. India also will have to engage with other countries to expand our trading relationships but on the strength of our own competitiveness.”

He said that if other countries want access to the market of 130 crore Indians, then they will have to give us equal access to their market. India is not going to be a patient receiver of unfair trade practices.

Stating that India had not been a gainer from the past FTAs, the Minister said that historical wrong will have to be corrected by our generation. Lauding the strong and decisive leadership of the Prime Minister Narendra Modi, Goyal said that RCEP deal was not signed as it was not properly addressing India’s concerns.

He said that India, Japan and Australia, all three true democracies, trusted partners and believers in rule-based trading, have recently agreed to have a supply chain initiative.