Agriculture Minister Narendra Singh Tomar has asserted that the government is ready for amendments in the farm laws but it doest mean that the laws are flawed.

Addressing a function in New Delhi yesterday, the Minister said during the talks with protesting farmers, he spoke about the amendments. However, he had clarified to the farmers that the amendment proposals do not mean that the laws have shortcomings. He had said that he gave the proposal only to uphold the dignity of farmers.

The Minister said it becomes difficult to implement changes and take the entire country together with them. Some people poke fun and protest over the changes but if the policy and intent behind the changes are right, people accept them finally.

Mr. Tomar said that even in Parliament, Opposition leaders only spoke on farmers’ protest instead of highlighting the lacunae in the new legislation. 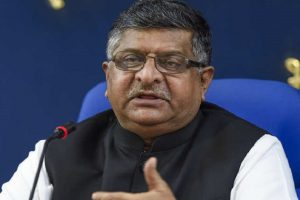 Twitter failed to comply with IT rules; it deliberately chose path of non-compliance: Ravi Shankar Prasad