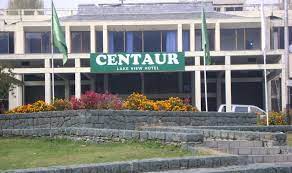 SRINAGAR: The government is set to begin the process for taking over possession of the Centaur Lake View Hotel, Srinagar from the Hotel Corporation of India.

To begin with, the J&K government has appointed Faz Lul Haseeb, additional deputy commissioner Srinagar, as estates officer for taking over possession of the premises of Centaur Lake View Hotel.

The IAS officer has been appointed as estates officer under a law which empowers the government to evict unauthorized occupants.

Under the Land Grants Act, the Government has the right of reentry on the land leased and the lessee shall be liable to be evicted under the provisions of the Jammu and Kashmir Pubic Premises (Eviction of Unauthorized Occupants) Act.

On the basis of the said cabinet decision, an agreement was executed on March 10, 1982 between the state Government and HCI. It is worthwhile to mention that HCI presumably has violated conditions of the lease which necessitated the government to take strict action by taking over the premises in terms of relevant laws—(KNO)