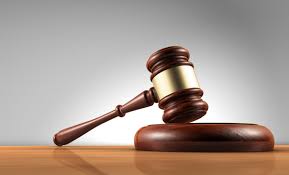 Srinagar, Jan 18: The Jammu & Kashmir government has given its go-ahead to police for prosecution of jailed separatist leader Shabir Ahmad Shah under the Unlawful Activities (Prevention) Act-1967 in a six-year-old case.

The Home department of the Union Territory has sanctioned prosecution of Shah, who is chairman of Democratic Freedom Party, for commission of offences punishable under section 13 ULA(P) Act.

“Now, therefore, in exercise of powers conferred by sub-section 02 of section 45 ULA(P)Act, 1967, the government hereby accord sanction for launching prosecution against the abovementioned accused for commission of offences punishable under section 13 ULA(P) Act in the case FIR No. 52/2015 of police station Sumbal,”reads an  order issued by Home department, a copy of which is in possession of news agency—Kashmir News Observer (KNO).

According the order, Bandipora police had received a reliable information on March 28, 2015 that Shah after conclusion of Friday prayers had addressed a public gathering raised slogans against the sovereignty and integrity of India.

“During investigation, it was revealed that that the accused after Friday prayers had appeared in Naidkhai and raised anti-national slogans and also instigated the youth of the area against the sovereignty and integrity of India,” reads the order. The Home department of J&K UT is the competent authority to grant sanction in the FIRs registered under the ULA (P) Act.

Shah was arrested by the Enforcement Directorate in July 2017 in a money laundering case dating back to 2005. Since then, he is in jail.

Covid-19 vaccination: No report of side effects, allergies in J&K
Light to moderate snowfall likely across J&K on Jan 23, 24: Weatherman
Comment