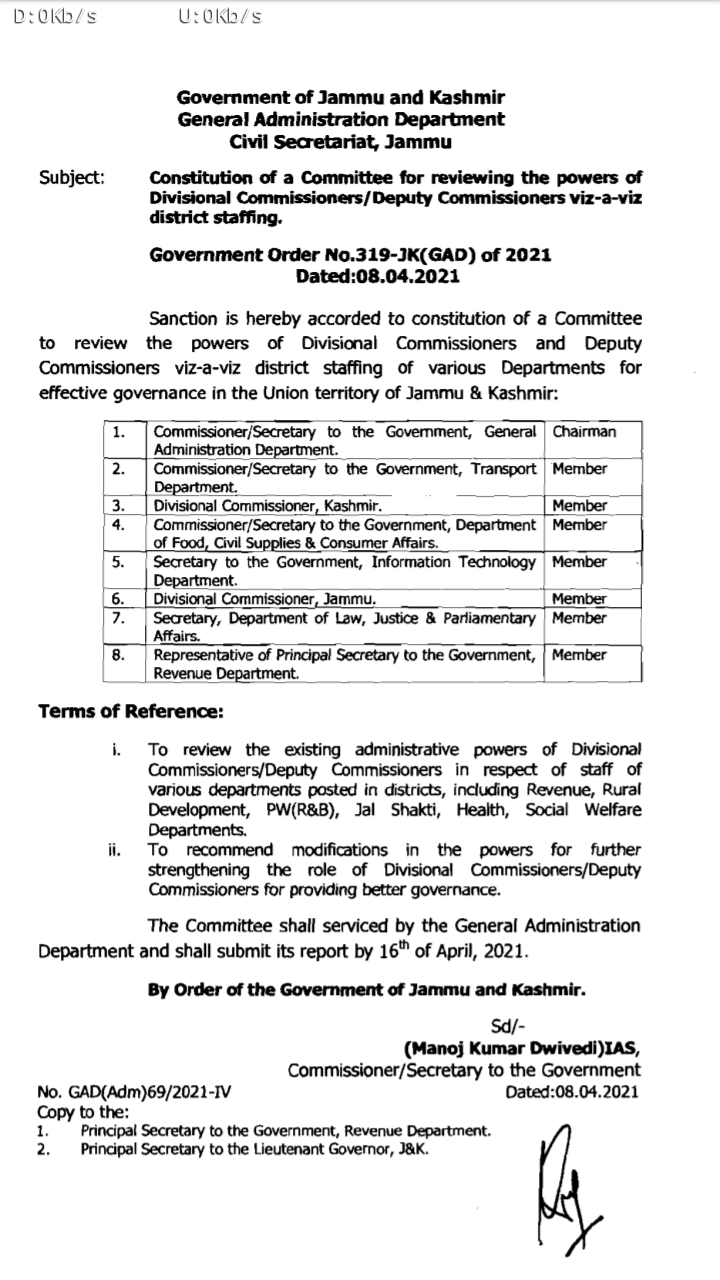 SRINAGAR, Apr 09: In a bid to ensure effective governance in Jammu and Kashmir, the government on Friday constituted committee to review the powers of Divisional Commissioners and Deputy Commissioners viz-a-viz district staffing of various departments.

An order under number 319-JK(GAD) of 2021, dated 08-04-2021 issued by Commisioner/Secretary to the Government Manoj Kumar Dwivedi, a copy of which lies with the news agency—Kashmir News Observer (KNO) reads, “Sanction is hereby accorded to constitution of a Committee to review the powers of Divisional Commissioners and Deputy Commissioners viz-a-viz district staffing of various Departments for effective governance in the Union territory of Jammu & Kashmir.”

The committee as per the order is headed by Commissioner/Secretary to the Government, General Administration Department.

The committee according to the order has been tasked to review the existing administrative powers of Divisional Commissioners/Deputy Commissioners in respect of staff of various departments posted in districts, including Revenue, Rural Development, PW(R&B), Jal Shakti, Health, Social Welfare Departments.

It has been directed to recommend modifications in the powers for further strengthening the role of Divisional Commissioners/Deputy
Commissioners for providing better governance.

“The Committee shall serviced by the General Administration
Department and shall submit its report by 16th of April, 2021,” the order added.(KNO)